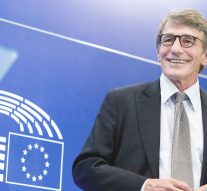 The Von der Leyen Commission had announced itself to be the most geopolitical one. Yet it has recently been in the spotlight because of the opportunities already missed to showcase this alleged new feature of its mission. Caught by the headlines, and the need to chase the speed of tweets, we tend to forget what the EU has been criticised many times for in the past: the lack of consistency with the self-awarded title of champion for human rights worldwide.

The President of European Parliament has reminded us of this role the last week thanks to his recent statement regarding the terrible situation of another young researcher in Egypt, whose story recalls way too much the one that Giulio Regeni was faced with. Patrick Zaky is an Egyptian student from the university of Bologna who went back to Egypt on the 7th of February because of his activism against the regime.

Amnesty International Italy has immediately launched a campaign, that resonated with many people, collecting at the time of writing over fifty thousand signatures. Not much resonance happened with the Italian government though, since it failed to react with any diplomatic resources. Fortunately, David Sassoli didn’t, and he seized the EP Plenary session in Strasbourg to make a statement on the situation.

President Sassoli called for the immediate release of Zaky, reminding to the Egyptian authorities that the EU has a conditionality clause bonding the aids supporting international cooperation to the respect of human rights in the beneficiary country. The Egyptian authorities didn’t appreciate his intervention, showing in fact how much it was the most needed.

The EU has still a voice that can get heard in the human rights field, but too often it is the EU officials that forget it. If a simple statement reminding very basic rules of EU funding mechanisms (and adding nothing to that) is enough for the President of the Egyptian Parliament, Ali Abdel Aal, to react hastily and strongly – defining the statement an interference into Egyptian home affairs – more could be done by actually activating those mechanisms.

Human rights activists have welcomed Sassoli’s initiative. He proved once more that the Parliament is the sole institution that is unafraid to embrace an inspirational role, with the responsibilities that come with it. Leading as always, the way for EU institutions in terms of democratic approach to their role, in the EU and in the world affairs.

Europeans need more inspirational actions and less marketing policies to buy again the European project. Too many times the EU institutions have failed at keeping their promises for Europeans not to be sick and tired, or at least discouraged and disillusioned, of it.

President Sassoli deserves the praising he received. Yet justice will be done only when a gesture like this won’t be noticed because it will be the new normal among EU representatives. For now, let us remind the EU that defending human rights is already part of its mission, and it may be worth upholding its role before embarking on underachieving journeys. Free Patrick Zaky.