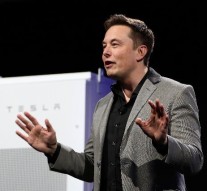 No Comments on A rechargeable future 38

On May 1st, Tesla CEO Elon Musk introduced the Powerwall Home Battery, “a stationary battery that can power a household without requiring the grid. The battery is rechargeable lithium-ion — it uses Tesla’s existing battery tech — and can be fixed to a wall, removing much of the existing complexity around using a local power source”.

For over a century, energy storage in the power sector has been led by one technology – pumped hydropower storage; indeed, hydropower was the dominating technology for the whole energy sector. Thanks to renewable energy deployment and policies in general, the electricity production and consumption are resulting into a number of achievements, such as increased battery storage. A chemical (e.g. using lithium-ion) process allows to store energy, which can be delivered as needed.

The integration between renewable energy sources and battery storage leads to greater system reliability. Energy storage responds to the need for saving energy when the current production from renewable sources is greater than current demand. Similarly, when the demand is extraordinary high (i.e. power peaks), the stored energy can provide the necessary amount. For instance, batteries store solar energy during the day to make it use overnight and can act as a back-up in the event of a power outage.

In multiple application areas around the world, batteries are deployed to aid the integration of renewable energy, especially solar and wind power. Those two resources are also known as variable renewable energies as their production fluctuates depending on the availability of the resource. Costs are coming down, and technological progress is improving performance.

Batteries production costs are generally decreasing, at a speed higher than expected: nowadays, productivity has reached the 2020 target, more ahead than expected. Tesla is entering an increasingly profitable market that is however related to its core business. Indeed, the American company is worldwide famous for the production of electrical cars. Founding the new branch, Tesla Energy, Musk is investing in home batteries, which have also an impact on the diffusion of electrical cars since a solar home battery may respond to the need for energy to recharge cars at home, without being connected to the electrical grid.

Perhaps, the energy revolution has started: we will soon have cheap and clean energy anywhere…