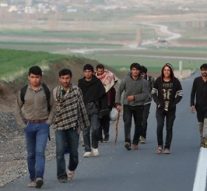 No Comments on A short introduction of Iranian migration 20

Although the majority of those who have left the Islamic Republic of Iran in recent years have been Afghan and Iraqi refugees returning home or migrating to other countries, a handful of Iranian nationals have also left in quest of better educational and employment prospects. In the aftermath of the 1979 revolution and during the 1980s conflict with Iraq, there were two episodes of out-migration.

The Islamic Republic of Iran has a sizable diaspora worldwide. The United States of America has the biggest number of Iranians, projected to be around 302,000 in 2005. According to several country demographic registers, the United Kingdom of Great Britain and Northern Ireland (approximately 67,000), Sweden (about 58,000), and Germany (54,000) all have significant Iranian populations (United Nations).

Some Iranians are still leaving the nation, including a number of highly educated residents who have relocated to the United States and Canada. Annually, over 12,500 Iranians went to the United States of America and 6,300 to Canada between 2004 and 2008 (OECD International Migration Database). Many Iranians continue to seek refugee status in other countries, but the number of acknowledged refugees from Iran has decreased in recent years. Germany, Iraq, the United Kingdom of Great Britain and Northern Ireland, and the United States of America are the top destinations for persons seeking refugee status. Iraq is also a transit country for people heading to Europe or North America.

The United Nations humanitarian support provided to the government in 2020 on migration and refugees response recorded a combined delivery of humanitarian assistance of US$ 48,154,625. Because of its geopolitics, demographics, and economic prospects, the Islamic Republic of Iran is a country of origin, transit, and destination for migrants, according to the International Organization for Migration. It is also one of the world’s largest refugee-hosting countries. There is a sizable Iranian diaspora in the region, as well as in Western Europe, North America, and Australia. Various forms of irregular migration, such as trafficking and smuggling, continue to pose a threat to the country. The Islamic Republic of Iran’s administration is looking forward to a more coordinated approach to developing a policy framework and evolving its institutional structures as the country faces numerous new migration concerns.

In 1995, the Islamic Republic of Iran became an observer at IOM, and in 2001, it was admitted as a full member of the IOM’s Governors’ Council. Since 2004, IOM has shifted from a refugee-focused approach to a guiding program/policy-focused approach with the goal of aiding the Islamic Republic of Iran with migration management concerns and addressing the country’s new difficulties.

In a variety of program areas, IOM aids the government in dealing with such difficulties, and it is moving toward higher-level interventions to manage migration in a comprehensive and regional framework. Capacity building, policy advocacy, policy-oriented research, and regional cooperation are currently the four pillars of the IOM’s strategic strategy.

According to the SEEFAR research, eight Member States were designated as first preference destination for Iranian refugees seeking asylum in the EU during the last migration wave. These were the United Kingdom (chosen by 25% of total responses), Sweden (20%), Germany (18%), the Netherlands (2%), Belgium (2%), Italy (1%), and France (1%). (less than 1 percent ). Despite its initial popularity, most migrants appeared to abandon their attempts to enter the UK during transit. Only one of the seven respondents heading for the UK who were interviewed in the second wave had really made it to the UK, while the others had changed their minds and headed for Sweden or Germany. Throughout the migration route, destination decisions remained generally open, illustrating the dynamism of the migratory process and the control held by migrants.