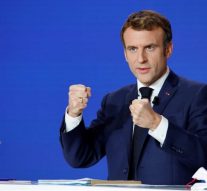 No Comments on Spring 2022: elections in three EU member and Candidate states 58

France, Hungary, Slovenia and Serbia: three EU Member States and one Candidate Country will go to elections in spring 2022. Presidential elections scheduled on April 10th in France is the most attended, even more for the EU because they coincide with Paris’s presidency of the Council and in a crucial period per the relaunch of the common project after Covid-19 pandemic.

Two months ahead the first round of the elections, with the second one that should be held on April 24th, French President Emmanuel Macron seems will be the winner with 26 per cent of the votes, according to a survey conducted by Elabe for the media “BfmTv” and “L’Express”. The leader of Rassemblament National, Marine Le Pen Marine and the Republican party’s candidate Valerie Pecresse are behind, respectively at 15,5 per cent and 15 per cent of the votes, while the ultraconservative candidate Eric Zemmour should reach a 13 per cent.

Even more fragmented is the situation of the candidates in the left side of the political spectrum: the leader of France Insoumise Jean-Luc Melenchon is at 10 per cent, the environmentalist Yannick Jadot at 4,5 per cent, the Communist Fabien Roussel at 4 per cent, former Justice Minister Christian Taubir is loosing ground and it is at 3,5 percent, while Paris’s mayor, the socialist Anne Hidalgo, should reach just a 1,5 per cent. Thus fragmentation in the right and in the left is the factor that could favour a new mandate for centrist President Macron, ensuring in this case continuity to its actions even for the second part of the French presidency of the EU Council devoted to enhancing strategic autonomy.

Another EU Country that will go to elections is Hungary, on April 3th, where a united opposition front will create for the Prime Minister Viktor Orban the toughest contest since coming to power in 2010. A referendum on Lgbtq issues will be held on the same day in Hungary, making this election an unprecedent watershed for the European future of the Country. For the first time since taking power, conservative PM Orban and his Fidesz Party will face a united front of opposition parties that will make for a close election race.

The opposition alliance includes the Democratic Coalition, the Socialist Party, liberals and the formerly far-right, now centre-right Jobbik. It is led by Peter Marki-Zay, who in 2018 ended many years of Fidesz rule in the town of Hodmezovasarhely becoming mayor. Voters will thus decide whether Orban should continue his policies that prioritize national sovereignty, traditional Christian values and stances against immigration and Lgbtq, that have jeopardized Budapest’s relations with the EU. A similar situation, although less evident and critical that in Hungary, is the one facing Slovenia ahead of April 24th political elections.

Conservative Prime Minister Janez Jansa, that during its mandate has not avoided tensions with the EU establishment, will have many difficulties in being confirmed as head of government.While Janša’s Slovenian Democratic Party still leads at 24 percent in the polls, according to Politico’s Poll of Polls, the center-left, environmentalist Freedom Movement has surged to 20 percent in recent month. In any case it will be difficult for Jansa’s party to find alliance in order to obtain the ruling majority in the Parliament after the elections: the center-left parties are much closer now after several months in opposition and seems eager to prevent a new rightwing government in Ljubiana.

At the beginning of April, elections is scheduled also in one of the main candidate Country for EU integration: Serbia. Here the two main partners of the ruling coalition, the Serbian Progressive Party (Sns), led by President Aleksandar Vučić, and the Socialist Party of Serbia (Sps) led by parliament speaker Ivica Dačić, have decided to run separately in the parliamentary polls and Belgrade’s vote in April. Opposition has gained some ground due to environmental protests against a big investment for a lithium mine by anglo-australian firm Rio Tinto, but Belgrade’s government decided to abandon this maybe too unpopular project. Unlike the 2020 parliamentary elections, which the opposition boycotted, all political actors will take part in these polls. But even in this scenario, it is difficult to predict that SNS party led by Vucic will face a defeat.