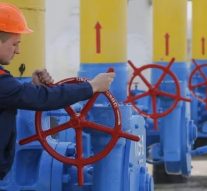 No Comments on The Russian gas war 207

Russia has historically been the European Union’s largest supplier of natural gas. After the 2006 and 2009 Russia-Ukraine-Europe gas disputes, followed by tensions in the wake of the 2013-14 Ukrainian crisis, the EU sought to reduce its dependency on Russian natural gas imports. However, Russia continues to supply around 40% of EU gas consumption.

As the threat of a Russian invasion of Ukraine intensifies, both the European Commission and the United States are looking at contingency plans in case of a further reduction or, in the worst-case scenario, a complete halt of Russian gas supplies to the EU.

At the end of 2021 a dramatic picture emerged, with Europe’s gas balance for the winter strongly dependent on Russian supplies and moderate weather conditions. Up to now, three main factors have prevented a worst-case scenario: i) a strong increase in imports of liquefied natural gas (LNG) 80 terawatt hours (TWh) in the first 24 days of January 2022, compared to 60 TWh in the first 24 days of December 2021; ii) the ‘winter risk’ of exceptionally cold temperatures has not materialised; since Christmas average daily temperatures at Frankfurt airport have been 4.7°C, compared to the previous 10-year average of 3.1°C; iii) a continuation of contractual supplies by Russia, amounting to 18 TWhweek. As a result, on 24 January 2022, storage levels were 42% full according to GIE – AGSI, compared to 56% at the same time of the year between 2015 and 2020.

If Russia and all other suppliers continue to supply at current levels, implying historically high levels of LNG imports, and natural gas demand remains in line with the 2015-2020 average, then EU-wide storage would hit a low of approximately 320 TWh in April 2022.

If Russia cuts supplies at the beginning of February, storage would reach a minimum level of 140 TWh in April 2022. If, in addition to Russia cutting supply, the weather is extremely cold, then EU-wide storage will be empty by the end of March 2022.

Therefore, in the short-run and taking the EU as an aggregate, the bloc will likely be able to survive a dramatic disruption to Russian gas imports. However, the picture becomes more complicated when the intricacies of individual economic, technical and political gas markets across the EU are considered.

Quickly increasing domestic production will only be possible at gas fields that have spare capacity. Technically, more gas can be extracted from the Groningen field – but getting a few dozen additional TWhs per year would require the Dutch government to loosen the moratorium that strongly constrains production to prevent earthquakes in the region.

In terms of EU natural gas imports, there appears to be significant unused capacity.

On LNG, compared to an import capacity of around 1,900 TWh, the EU only imported 730 TWh in 2021. Hence, Europe’s regasification terminals would be able to handle 1,100 TWh of additional LNG imports into the EU (in reality the number might be a little lower because of technical limitations).

All-in-all, this illustrates that the EU cannot simply rely on increasing supply to replace Russian natural gas volumes. Demand will have to play a role as well. Only a combination of the two can deliver a workable outcome.

Until the summer, the EU would likely be able to survive large-scale disruption to Russian gas supplies, based on a combination of increased LNG imports (to the limited extent this is technically possible) and demand-side measures such as industrial gas curtailments. However, this would come at a cost for the EU economy and might even result in some countries (those more exposed to Russian gas and less interconnected with other EU countries) having to take emergency measures.

But, should a halt of Russian gas be prolonged into the next winters, it would be more difficult for the EU to cope. On the supply side some spare import capacity is available but reaching the scale required to entirely replace Russian volumes would be at best very expensive, and at worst physically impossible. Limiting factors include global liquefaction capacity constraints, existing obligations in the current LNG market and commercial opportunity considerations in producing countries in relation to diverting shipments away from Asia. There would also be pricing implications and second-round effects on the poorest countries.. Difficult and costly decisions would have to be taken to manage the situation in an orderly way.