Home / Future Europe / State of emergency vs the Rule of law 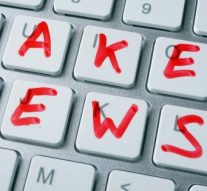 The Coronavirus outbreak is, as we hear constantly, an unprecedented situation in so many ways. Unprecedented implications for entire communities, calling for unprecedented action, leadership and solidarity.

The people across Europe, across the world, resort to their national and regional leaders to hear their announcements and find  the hope for a future in which we will have overcome the outbreak. Whatever it takes: wearing masks and gloves, embracing social distancing, giving up  our privacy to track the virus, adopting emergency measures with no parliamentary backup.

So that we run the risk to not see another unprecedented test brought about by the outbreak: the one to the democratic foundations of our systems. In order to get past the crisis, rights need to be prioritised: the right to health, the right to privacy (South Korea and Czechia), the right to assembly (everywhere), the right to a decent living (in any affected economy), the right to vote (France). The checks and balances behind our institutions are heavily tested while directly or indirectly deciding at fast speed what rights have the priority.

Biopolitics and “states of alarm/danger” vis à vis national Constitutions are posing a challenge to the social contract. Our democracies are proving their maturity, political parties their democratic foundations, our societies their cohesion. And we find out once again that in Europe these traits are not homogeneous and we must stay alert for emergency measures to remain so. Can the symmetric effect of coronavirus on European economies have an asymmetric impact on European democracies?

Some exit strategies are more suspicious than others

Governments in the most affected countries enjoy higher approval rates, as always when a population seeks security. Some heads of State seem to look for electoral gains by using this leverage, like Macron, who compared the outbreak to a war situation six times during his 20-minutes address to the nation.

Hate speech and aggressive rhetoric underpin the policies that have shrunk the civic space in the EU over the past decade, for this, it must be appreciated that the organised civil society and independent journalism remain vigilant and raise warnings. The extraordinary measures and instruments to pass the prevention measures, indeed, can set dangerous precedents for European democracies. While of course it is necessary to support the efforts that must be made by all to overcome the spreading, it is also a duty to watch over the ability of our democracies to remain open and their representatives to stay accountable.

The Czech Republic, for instance, has adopted quite swiftly very strict prevention measures against the outbreak of Covid-19. On the 15th of March the government has declared a 30-day long “state of emergency” and since the 18th of March Czechs are only able to be in public areas wearing face masks or covers. Czech citizens who wanted protection were forced to sew masks by themselves because there are no masks available in pharmacies. So many masks had to be sewn that the trade Minister has decided to leave haberdashery shops open despite the lockdown.

However, what raises eyebrows is the “smart quarantine system” that is being introduced to track movements of infected citizens. The system uses data from mobile phones and payment cards of people who have been tested positive to find all the potential people that could be infected as a result. A measure that can be reasonable in times of an out-of-control spreading, also because the data sharing happens upon consent of the user. However, it happens along the statement of the chief of Central Crisis Staff and deputy Health Minister Roman Prymula saying that border restrictions could last for one or even two years depending on how well (or badly) other countries manage the outbreak.

The Czech PM, Andrej Babiš has also blamed the EU for insufficient coordination on the outbreak, when in fact he is among the EU leaders calling for the Union to not interfere with governments’ decisions. In times when mutual aid should be the guiding principle, the political stands that the Czech government is taking seem to rely on citizens’ shock and awe instead of solidarity.

The Hungarian government hardly fails to find new grounds for threatening the rule of law. The Covid-19 outbreak was the basis for the Hungarian government to pass a bill on Tuesday, 30 March, which authorise the executive to rule by decree. Although the Hungarian legislature did not approve the proposal, the governing Fidesz-KDNP pushed the bill through Parliament, leveraging its two-thirds majority.

In other words, the executive authority of the government was expanded in order to rule by decree while the country remains in a “state of danger”. The LIBE Committee in the EP has already released a statement expressing the concerns stemming from the fact that the measures that are currently undertaken by governments “should always ensure that fundamental rights, rule of law and democratic principles are protected”. And calling “on the Commission to assess if the proposed bill complies with the values enshrined in Article 2 of the Treaty on European Union and to remind member states of their responsibility to respect and protect these common values”.

While the EP is already following closely how the emergency measures unfold in Hungary, the Commission should probably step up its efforts in this sense: the Blueprint for strengthening the Rule of Law is there to support action by the Commission and the upcoming review of the Rule of Law mechanism should be seized by Commissioner Reynders as an opportunity to show to Europeans that the EU’s mission is also to protect them against authoritarian attitudes.

In Poland, the government tried to exclude Trade Unions and the social dialogue as such from the governance of the crisis.

Finally, a less controversial but still worth keeping-an-eye-on case is Italy, where Covid-19 has brought the wealthiest regions to their knees. The government has adopted incremental measures to prevent a further spread, in a desperate attempt to alleviate the burden putting under pressure the hospitals’ capacity, undermined by years of cuts in public spending.

Yet the government and the regions[1] have decided to impose the necessary restrictions to individual and collective freedoms by using regulatory instruments completely controlled by the executive powers: the Decree of the President of the Council of Ministers, Ministerial decrees and Governors’ decrees to swiftly adopt the anti-Covid measures. No checks by the respective Assemblies, nor by the Presidency of the Republic, as it would be the case for any legislative instrument.

There is no time for it, is the mantra. But still we must query: what kind of a precedent does this practice set? These instruments were never meant to restrict citizens’ rights, but to clarify or introduce regulatory aspects of the law.

These practices carry a potential risk for Constitutional democracy, that of future ruling coalitions to rely on these precedents for purposes that differ from protecting public health.

The outbreak has spread in times of questionable democratic foundations for the most popular parties in Italy. The shock that all the social and civic actors in society are coping with must not refrain from calling for democratic scrutiny over the instruments that are used to protect public health.

[1] Healthcare is a regional competence in Italy.