Home / Economy / Turkey after the coup attempt: a sick man upon the Bosphorus? 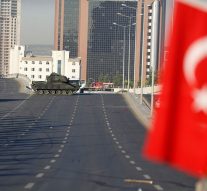 No Comments on Turkey after the coup attempt: a sick man upon the Bosphorus? 225

The end of 19th century was noted in European history books as the period marked by the “sick man upon the Bosphorus”. This phrase was coined by the Russian emperor Nikolai II and it referred to the existential crisis that the Ottoman Empire was undergoing in its political and economic sectors. More than a century later, after having endured many shocking events, namely several terrorist attacks, Turkey has been hit by an attempted coup d’état on 15 July 2016. Did this event become the main trigger for challenging the stable Turkish economy, renowned for its traditional long-term growth? Do we have a modern sick man upon the Bosphorus nowadays?

Turkish macroeconomic indicators have always been showing stability during the times of crisis, despite Turkey’s various periods of political turmoil occurred over the past decades. Last year, Turkey’s biggest foreign affairs dilemma was its engagement into the Syrian conflict. This year, however, due to the internal problems, its major concern has passed into the internal affairs.

Right after the recent coup d’état failed, Turkish Prime minister, Binali Yıldırım announced that “the main task of the incumbent members of the Government will primarily be the stabilisation and consolidation of domestic economy and financial system”.

In accordance with the World Bank forecasts, a recovery in imports is likely to slow growth to 3.5% in 2016, despite sustained momentum of domestic demand. Private consumption is expected to be the continuous, main driver of growth in 2016, thanks to the 30% rise in the minimum wage introduced in January.

On the long term, Turkey’s GDP is constantly growing. This is especially visible when it comes to the GDP growth deriving from the utilities, among the most significant branch is tourism. Marked as a non-safe zone for tourists, the country was faced with the unilateral sanctions imposed by Russia, which practically prevented Russian tourists from visiting Turkish coast. Despite all, Turkish macroeconomic indicators are showing quite good results. Its GDP of 0.8%, comparing to the Euro Area`s one (0.6%), has been higher in the first two quarters of the year. And, surprisingly, the correlation of Turkish predomination in GDP rate dates back several years ago. In January 2014 for instance, Eurozone countries have had only 0.2% of GDP growth, while Turkey managed to achieve 1.6%.

Unemployment rate in the public sector has measured an increase, due to the Erdogan’s vengeful decision to suspend nearly 8000 policemen and 2000 military personnel right after the failed coup d’état. Those numbers are small comparing to the dozens of thousands of jobs lost in July and at the beginning of August, caused by the foreign investors’ decisions to draw back their ongoing businesses all across Turkey. Nevertheless, general unemployment rate for the first quarter of the year has fallen for the first time in the last decade under 10%.

Several additional factors to be considered

Even though the GDP and unemployment results are not that bad, Turkey is struggling with economic difficulties caused by sudden occurrences. The most notable information that circled over the world media was that Turkey had lost about 20 billion € as a consequence of the failed coup d’état. This has dramatically hit its domestic economy. The shakes of the Ankara`s and Istanbul`s stock exchanges were visible since the shares of the national companies have fallen down for more than 10-15%, and are not showing signs of recovery yet.

Turkish newest military engagement in Syria could potentially increase its military expenditure which has previously been projected up to 2.1% of its annual GDP for 2016. Shift from NATO and the traditional western allies now seems to fade since the Turkish defence minister announced that “his Government will now seek to secure national defence interests with other partners, in the first instance with Russia”.

Besides, several financial injections received by the EU within the context of the refugee crisis are worth mentioning. The EU has donated more than 4 billion € as a way to provide short term assistance in overcoming the potential dramatic consequences of the refugee crisis. It should be added a total sum of 6.5 billion € was spent for the same purpose last year by the Turkish Government. It seems that Turkish leaders are using both domestic and international political occurrences to play a politico-economic dance with the EU.

A middle range power country or a renewed sick man upon the Bosphorus?

The final outcomes of the performance of the economy and financial sector for 2016 are yet to be seen. Until then, this “middle range power country”, as claimed by some academics, should remain questionable. While political turbulences are occurring in Turkey, it seems that on the international arena this country promotes a multi dispersed approach. It has being involved in all major world’s issues and seeks to remain the respected partner in the Middle Eastern crises. And while, politically speaking, the middle range power status might not be a point of inquiry in Turkish case, the economic aspects do not show so.

Do political middle range power should necessarily be an economic giant as well? If so, how did Turkey allow itself to be shaken by dozens of both political and economical crises in the last two years at the domestic level? Do political factors only matter in defining the “sickness” of a “man” in the second decade of 21st century? And at the end, do we have a modern sick man upon the Bosphorus?