Home / Employment and Social Affairs / Turkey-EU relations: too close to break up 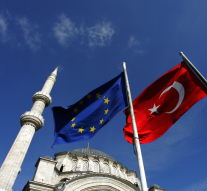 No Comments on Turkey-EU relations: too close to break up 60

Turkey seems always more far away from Europe. As an important country, with a population of more than 80 million people at the crossroad between Europe and Asia, it is impossible for the European Union not to clarify its relations with Turkey. Is it Europe or Asia? Is it an ally or an enemy? Is it a reliable country although with many aspects to work on or is just an authoritarian regime? Probably these are difficult questions to answer or even impossible to have one clear stance due to the intrinsic characteristic of the country, but the EU must take a clear position on it anyway in order to give effective solutions to many daily problems.

In the last year, namely since 2003 when Recep Tayyip Erdogan took the power, without any doubt Ankara gradually moved eastwards. The EU, fearing this hard stance from Turkey, gradually placed limits to its strong ties with the big neighbour. Ties between Ankara and the EU have been strained since the defeated July 15, 2016, a coup in Turkey, which left 250 people dead and nearly 2,200 injured. A further escalation was registered aftermath Ankara’s offensive in North of Siria and “illegal” action in Cyprus offshore.

On the other hand, the EU continued to have an ambiguous double stance with Ankara, aware that is too important not to lose Turkey but perceiving it necessary to denounce Turkey’s undemocratic aspects. This dualistic approach is represented also in the migration deal:  Turkey hosts more than 3.5 million refugees, maybe more than any other country in the world, and the EU committed 6 billion euro to help Ankara. Turkey accuses the EU of making late payments, while the EU alleges that Turkey is not sticking to its end of the deal and loosening security controls on migration routes. Nevertheless, both sides need each other. And this has not to just with migration but is crucial also when it comes to economic cooperation between EU and Turkey.

Relations between the European Union (EU) and Turkey were established in 1959. Turkey is one of the EU’s main partners in the Middle East and both are members of the European Union–Turkey Customs Union. The EU and Turkey have a common land border through the EU member states Bulgaria and Greece. And many European enterprise have invested in Turkey, making ties with this country always more twisted and indispensable.

In any case EU and Turkey still maintains deep social and cultural ties, despite rocky relations. “More than 500,000 Turkish nationals went to various European nations since 2004 as part of broad range of Erasmus programs”, as explained in these days by Turkish Ambassador Faruk Kaymakci, who is also the Deputy Minister of Foreign Affairs and Director for EU Affairs. “We have sent more than half a million of our citizens to especially Western European nations with a various Erasmus programs. Those include undergraduate students, academics, teachers, apprentices and volunteers. We also received a lot of European students as well,” Kaymakci said at a meeting with member nations of the Erasmus student exchange program. Kaymakci added that ambassadors from these nations would discuss new means to increase the number of students participating in the program and ways to ease visa requirements.

With more than 10,000 applications each year, Turkey is one of the countries that gets the highest number of project applications among 33 program countries. These strong ties are valid also when it comes to circulation of workers and employment relations in Turkey. Turkey is the EU’s 5th largest trading partner, both in exports and imports. The EU is by far Turkey’s number one import and export partner, as well as source of foreign direct investment (FDI). After several years of rapid growth in the EU-Turkey bilateral trade in goods, in 2018 trade showed a mixed picture, due to the Turkish lira depreciation and broader economic difficulties in Turkey. EU goods exports to Turkey hence fell by 8.9% to 77.3 billion euro, while imports from Turkey rose by 9.1% to 76.1 billion euro. Overall trade in goods thus amounted to 153.4 billion euro in 2018.