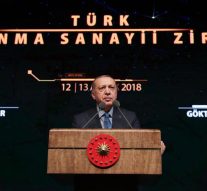 No Comments on Turkey’s way into the outer space: a brief analysis 213

Turkey is a recent player in the global space sector, as testified by the establishment of the Turkish Space Agency last December 2018. The idea behind its creation was mentioned several times from 2000, when Erdoğan’s Justice and Development Party came into force, however it was only included in the official government action plan in 2016.

This is the first concrete step towards a comprehensive Turkish domestic space policy, and formal international recognition. To step back, the groundwork about space began in 1990s, with Tubitak, the Scientific and Technological Research Council of Turkey, in charge of the execution of space technologies design. Tubitak’s milestone was reached in 2005 in relation to the “National Space Research Programme”; together with the Foresight exercise document of Vision 2023 and related document on Security, Aeronautics and Space Industry Panel Report of Vision 2023, were set the guidelines of Turkey today’s space strategy, ranging from international cooperation to exploration, R&D activities and education to space technology.

As a later player, Turkey space program started with technology and knowledge sharing through partnerships. In this optic, firstly with the signing of the “Cooperation in the Exploration and Use of Outer Space for Peaceful Purposes” with the European Space Agency, entered into force in 2006; followed by UNESCO and ESA common initiative, and as an attending partner at UN Committee on the “Peaceful Uses of Outer Space” since 2008. Furthermore, a potential and significant cooperation attempt with the Russian Space Agency.

Turkey space industry is mostly dominated by few firms in the defence sector. Document Vision 2023’s goal is to increase domestic contribution by 60 % in the defence industry, by bringing national SMEs in R&D to invest in the space industry field.  Turkey has a large internal market that can accelerate the development of its space industry: defence industries can be a driving force in different sectors, such as electronics, avionics, and control systems. Moreover, this field can prevent brain drain and inspiring young generations of aerospace engineering and astronomy.

“The Turkish military and defense sector are intrinsically tied to arms imports from the United States and Europe, providing the Turkish military with unrivalled access to cutting-edge technologies in land warfare and aerospace”. The aerospace and defence (A&D) industry is at the heart of Turkey’s domestic and foreign policy. The AKP party is committed to its growth and development, offering incentives to strengthen the ties among producers and local providers, turning into a regional space player, as Turkish Airlines growth testifies, and aspiring to becoming an international player. The A&D sector have made progresses, but it is still far away from 2023 ambitious goal of becoming the world’s first ten defence producers. A&D recovery dates back at the beginning of the 80s, in a moment when the country was highly dependent on foreign investments for critical technologies. In the past, an arm embargo pushed the government to rethink its policies and develop an R&D independent sector to decrease Turkey’s dependence on foreign technology. The strategy was to increase local production through technology transfer, strategically positioning offset requirements, from local domestic projects to major projects, in order to strengthen local knowledge.

Being specific, according to the 2023 Turkey Export Strategy and Action Plan, 2% of total $2 trillion of GNP will be allocated for R&D budget. At least 1% of total R&D budget means approximately $400 million for the year of 2023.

For the European Union, Turkey is a strategic player and they are linked by an Association Agreement since 1964 and a Customs Union was established in 1995. Turkey is a candidate country to enter the EU and accession negotiations were opened in October 2005. Cooperation dialogues are in order in the areas of joint interest notably foreign and security policy, to further developed them in the areas of energy, transport, communications and trade. Space strategy for Turkey means not only growing regionally but also to enter the EU market. In this case, it follows the EU strategy on “Science and research”, as the EU provides significant support for research and innovation. The EU finds Turkey’s preparations in science and research well advanced. On framework programmes, the EU welcomes and suggest quick implementation of the Horizon 2020 Action Plan prepared by Tubitak to increase and to broaden Turkish participation in Horizon 2020.  Turkey needs to continue its efforts to align its National Research Area (TARAL) with the European Research Area.

Turkey has the ability of developing, producing and operating communication satellites, Earth observation satellites and scientific CubeSats. If Turkey manages to grow the local civil aviation sector, which today represents just 13% of total A&D turnover, the defence production will follow and is already growing. Taking from this, the country will be able to be a global EU player in the space sector.