Home / External Relations / Our man in Ankara: a crosscut narration of EU-Turkey relations 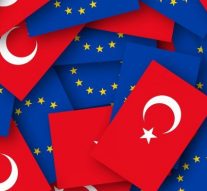 No Comments on Our man in Ankara: a crosscut narration of EU-Turkey relations 142

Europe first and the European Union later always have played as a “lighthouse” for all those Turkish politicians and local reformists who used to fight in order to make Turkey “great again”, as we could put it down nowadays. Anyway, relations between the two have changed across time: “Everybody’s clear that, currently at least, Turkey is moving away from a European perspective,” European Commissioner Johannes Hahn said in May 2017. He also added “The focus of our relationship has to be something else. We have to see what could be done in the future, to see if we can restart some kind of cooperation.”

Such clear words mirror the evolution of the EU-Turkey dialogue since the fall of the Ottoman Empire, thus, it might be interesting to get back to history and recover all the main steps that have been made since 1959, when relations between the European Union and Turkey were set and the institutional framework was formalized with the 1963 Ankara Agreement.

In a nutshell, Turkey is one of the EU’s main partners in the Middle East and both are members of the European Union–Turkey Customs Union. The EU and Turkey have a common land border through the EU member states Bulgaria and Greece.

Turkey submitted its application to accede to the EU in 1987, anyway since 2016 accession negotiations have stalled. In recent years, the EU has criticized Turkey for human rights violations and deficits in rule of law. Moreover, in 2017, EU officials expressed the view that planned Turkish policies violate the Copenhagen criteria of eligibility for an EU membership.

Getting back to history, after the Ottoman Empire’s collapse following World War I, Turkish revolutionaries led by Mustafa Kemal Atatürk emerged victorious in the Turkish War of Independence, establishing the modern Turkish Republic as it exists today. Atatürk, at that time President of Turkey, implemented a series of reforms, including secularisation and industrialisation, aiming at “Europeanising” or, in other words, Westernising the country. Turkey remained neutral during World War II until February 1945, when at that time decided to join the Allies. As for reconstruction in the aftermath of the war, the country took part in the Marshall Plan implemented by the US in 1947, becoming a member of the Council of Europe in 1949, and later on a member of NATO in 1952.

During the Cold War, Turkey joined the United States and Western “block”. Europe has always been both an object of desire as well as a source of frustration for Turkish national identity across times.

The post-Cold War period has inevitably seen a diversification of relations, with Turkey seeking to strengthen its regional presence in the Balkans, the Middle East and the Caucasus, as well as its historical goal of EU membership. The AKP government foster Turkey’s influence in the Middle East thanks to the peculiar strategic depth doctrine, also called Neo-Ottomanism. Debate on Turkey in the West is sharply divided between those who see Turkey moving away from the West toward a more Middle Eastern and Islamic orientation and those who see Ankara’s improved ties with its Islamic neighbors as a natural progression toward balance and diversification.

As for the most direct relations between the two entities, Turkey was one of the first countries, in 1959, to seek close cooperation with the young European Economic Community (EEC). This cooperation was realized in the framework of an “association agreement”, known as the Ankara Agreement, which was signed on 12 September 1963. A crucial element of this plan was a “Customs Union” in order to make it possible to Turkey to trade goods and agricultural products with EEC countries without restrictions.

Since the very beginning of the European integration process, enlargement has been intended as one of the EU’s most powerful policy tools. It is a carefully managed process which helps the transformation of the countries involved, “extending peace, stability, prosperity, democracy, human rights and the rule of law across Europe”.

As for Turkey, the European Union enlargement process took a major step forward on 3 October 2005 when accession negotiations were opened (at the same time for Croatia). In order to become a Member State, the candidate country must bring its institutions, management capacity and administrative and judicial systems up to EU standards, both at national and regional level.

Nonetheless, on 24 November 2016 the European Parliament voted to suspend accession negotiations with Turkey over human rights and rule of law concerns, however it must be said that this decision was non-binding. Turkey’s accession negotiations have therefore effectively come to a standstill. Therefore, relations with Turkey significantly deteriorated after the 2016–17 Turkish purges, in the aftermath of the so-considered “mock-coup”, including the suppression of its media freedom and the arrests of journalists, as well as the country’s turn to authoritarianism under the AKP and the President Erdoğan.

Today, there are several issues at stake undermining the roots of EU-Turkey relations, as for example the limping development of the EU-Turkish Custom Union, the continuous persecution of dissidents as “terrorists”, the highly controversial agreement with Turkey over migrant flows, and, more recently, the Turkish offensive in the northern-east Syria against Kurds.

In a resolution, adopted on Thursday 24 October 2019, by show of hands, Members of the European Parliament warn that Turkey’s intervention in northeast Syria is a grave violation of international law, undermining the stability and security of the region as a whole. Moreover, responding the threats of President Erdoğan of “unleashing” waves of desperate people directed to the EU countries in case of EU sanctions against Ankara, MEPs find it unacceptable that Turkish President Erdoğan weaponized refugees using them “to blackmail the EU”. Furthermore, MEPs firmly reject Turkish plans to establish “a so-called safe zone” along the border in north-east Syria and loudly expressed concern that the US-Turkish agreement on a temporary ceasefire might legitimise the Turkish occupation of a UN-led “security zone”.