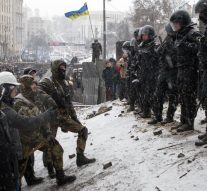 No Comments on Ukraine: a nation-wide energy poverty story 17

On November 23, Russian forces carried out major combat attacks on energy infrastructure in Ukraine. “Up until 11:00 a.m. local time today, manufacturers of power supply 70% of Ukraine’s electrical needs. Thirty percent of capacity is currently unavailable” was the post of the Ukrenergo shared on Facebook and the messaging app Telegram. “The general deficiency in the energy system as a result of seven waves of Russian missile attacks on the country’s energy infrastructure” the Ukrainian operator emphasized.

During November, the Russian Federation’s armed forces continued to target Ukrainian energy infrastructure installations, striking a thermal power plant and a substation in Kiev. Electricity, water, and heating are in short supply in several areas of the capital. Ukrainian government estimated that the damage in November only towards the energy infrastructure was nearly 7 billion USD. Vitaly Klitschko, the mayor of Kiev, urged residents to use less water and electricity and to avoid using electrical equipment like air conditioners, samovars, and microwaves. Russian strikes on Monday were far more deadly and significant, and those of October 10 were contrasted in Ukrainian media. The likelihood of Ukraine’s industrial and military installations receiving electricity has drastically decreased following recent attacks on energy infrastructure facilities in Kyiv.

The presidential office stated on November 28 that Ukraine’s citizens should be prepared for power, water, and district heating outages and that the country is in a tough situation due to regional interdependence. Yesterday, Volodymyr Zelensky declared that around 30% of Ukraine’s power plants had been destroyed by Russian attacks during the last week of November, which had disrupted the country’s electrical supply in several areas. Zelensky charged Russia with harassing and killing civilians following yesterday’s strikes. After the strike, Zhytomyr was also left without water and electricity, while Kharkiv’s industrial district was the target of two separate rocket attacks. Russian forces have admitted conducting offensive operations in the Kharkiv region, including attacks on energy infrastructure.

There was a new escalation between the US and Iran because of drone assaults on energy installations that were also purportedly carried out by Iranians. According to Ukrainian authorities, there were roughly 50 missile strikes (39 by air, 9 by cruise missiles, and about 30 by “shahid” drones) only in one day alone. According to Peskov, Russia uses domestically produced drones, and any inquiries about purchasing Iranian drones should be directed to the Ministry of Defense. This is in response to the US claim that it will continue to impose new sanctions against the Russian-Iranian arms trade because it has “comprehensive evidence” that Russia used Iranian drones in the war in Ukraine. The Ministry of Foreign Affairs warned that Tehran may be held “heaviest” liable for “Russian atrocities against Ukraine” and that failure to comply with Ukraine’s demand would result in international legal action.

While outside temperatures are hovering around zero degrees Celsius, Ukraine’s largest private power provider, DTEK, said on December 1 that it will reduce electricity supplies to its clients in Kiev by 60%. To avoid further emergency shutdowns and to aid emergency personnel on the ground in repairing damage, the government advised consumers to practice energy conservation. Gas is used in between 85 and 87 percent of boiler facilities across the nation with both oil and gas units installed. Due to this, there is an increased chance that the supply of heat to houses will be reduced. Since gas is used to produce some of the power in Ukraine, hundreds of thousands of its residents may soon be without both heat and electricity. We might claim that the nation is currently on the verge of a catastrophic disaster. While Moscow claims the assaults are on legitimate military targets, Ukraine views them as war crimes because they aim to harm civilians.