Home / Editorial / From Energy to Trade: the Salient Aspects of US-EU Relations during the Biden Mandate and the Ukraine War 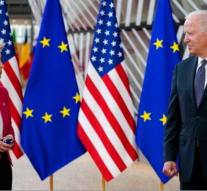 No Comments on From Energy to Trade: the Salient Aspects of US-EU Relations during the Biden Mandate and the Ukraine War 39

After putting an end to trade-related disagreements that characterized the US-EU relations during the Trump mandate, Biden administration has adopted an ambiguous attitude, reinforcing the bilateral commitment to its NATO ally on one side, but approving opinion inflaming measures like the Inflation Reduction Act (IRA) that could once again hinder the United States relation with the EU over energy and trade on the other. On the 1st and 2nd of December United States Deputy Secretary of State Wendy Sherman and European External Action Service Secretary General Stefano Sannino met in Whastington for the fourth high-level meeting of the U.S.-EU Dialogue on China and the third meeting of the U.S.-EU High-Level Consultations on the Indo-Pacific. This was the occasion – among many topics in the agenda – for mutual reaffirmation of the common interest in continuing jointly supporting Ukraine and in helping mitigate the consequences of Russia’s war of aggression on global economic stability. On the 5th of December, bilateral conversations will continue during the third semi-annual meeting of the Trade and Technology Council (TTC). To understand the intricacy and multifaceted nature of this extremely important alliance, be sure to go through this last number of NEU.