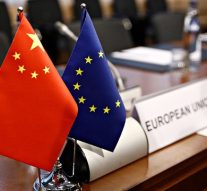 No Comments on What’s new after the Sino-European comprehensive agreement on investments? 43

At the very end of the last year, China and the EU have signed an economic agreement (Comprehensive Agreement on Investment) which provided the European investments within the Chinese market. In the agreement, China has committed to ensure fairer treatment for EU companies, allowing them to compete on a more level playing field in China. These commitments cover state-owned enterprises, transparency of subsidies, and rules against forced technology transfer. This analysis will present the EU Commission official information regarding the agreement, its rules, implementation, and expected outcomes.

The European Commission announced on its web portal that the trade and investment links between the EU and China are very important. Both sides are strategic markets for each other, trading on average over €1.5 billion a day. China’s large and fast-growing domestic market of 1.4 billion consumers and its weight as the world’s third-largest economy represent significant business opportunities for European companies.

When European companies have the chance to compete and thrive on such markets, they generate direct benefits to the European economy in terms of higher productivity, brought about by a larger scale of operations, exports, innovation and global competitiveness. However, China’s market has been traditionally far less open to foreign investment than the EU’s, and EU companies operating in China do not benefit from the same levels of transparency and fair competition as those enjoyed by Chinese companies in the EU market. This was the rationale for the agreement negotiations.

In terms of market access for EU businesses, China has made significant commitments on manufacturing, the most important sector for EU investment in China. Manufacturing makes up more than half of total EU investment – including 28% for the automotive sector and 22% for basic materials. This includes production of electric cars, chemicals, telecoms equipment and health equipment, among others. China is also making commitments for EU investments in various services sectors, such as cloud services, financial services, private healthcare, environmental services, international maritime transport and air transport-related services. In the sectors covered, European business will gain certainty and predictability for their operations as China will no longer be able to prohibit access or introduce new discriminatory practices.

CAI will help to level the playing field for EU investors by laying down very clear rules on Chinese state-owned enterprises, transparency of subsidies, and prohibiting forced technology transfers and other distortive practices. The agreement also includes guarantees that will make it easier for European companies to obtain authorisations and complete administrative procedures. It also secures access to China’s standard setting bodies for European companies.

The CAI was heavily criticized by some analysts. Why is it that today the European is willing to give up on its own values for the sake of a deal that won’t benefit everybody and offers easier access for Chinese investment into Europe than the United Kingdom, United States, Japan, South Korea or Australia have, they ask. In its obsession with carving its own path, the European Union has chosen to turn its back on its democratic allies. Web portal “New Europe” concludes that rather than to prioritise trade and investment with countries that share its values in Japan, South Korea, Taiwan, the United States, Australia, or the United Kingdom, it has instead chosen to legitimise a regime that poses an existential threat to them. The European Commission should seriously reconsider its foreign policy priorities, and at the very least the European Parliament should reject this disastrous agreement.