Home / Economy / Winter is coming: the energy security of the European Union and its Member States 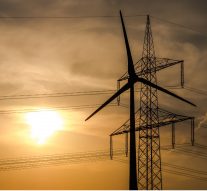 No Comments on Winter is coming: the energy security of the European Union and its Member States 23

By bringing the war back to Europe, the Russian invasion of Ukraine highlighted the need for energy security and the continent’s reliance on Russian fossil fuels. In response to the United States’ ban on Russian oil imports on March 8 and the European Commission’s presentation of a plan to reduce the European Union’s dependency on Russian fossil fuels in the coming years, oil and gas prices reached multi-year highs in 2022. This article presents how some of the EU Member States are responding to crisis and what are the prospects for this winter’s season.

The UK government has reportedly announced that every household will receive £400 (€470) in assistance with their gas and electricity bills to help them cope with the country’s escalating energy costs. Pensioner homes will receive an additional £300 (€350) in the winter to help with expenses, while households receiving benefits will also receive a lump sum payment of £650 (€766). It is anticipated that about five billion pounds (5.8 billion euros) would enter the budget from the earnings tax on oil and gas businesses, which the government proposes to use to partially finance this help.

In Spain, the value added tax on power prices has been lowered from 21% to 10%. Additionally, the special power tax was momentarily reduced from seven to 0.5 percent. The government has planned a special tax on energy businesses in order to raise three billion euros in order to enable these incentives. The European Commission decided on a maximum cap for gas prices in Portugal and Spain in April. This cap is set at an average of 50 euros per megawatt-hour.

Only vehicles with a Hungarian license plate will be permitted to fill up at discounted rates at gas stations; foreigners will only be permitted to do so at market rates, according to the Hungarian government. Hungary enacted these regulations in response to the threat that the supply security posed by the influx of drivers from nearby nations looking for cheaper fuel. Depending on the daily currency rate, a liter of subsidized gasoline or diesel costs HUF 480, or approximately RSD 150 right now.

The Dutch government spent 2.7 billion euros on lowering energy taxes for individuals and enterprises, and it has 150 million euros set aside to help the most needy households. Around six billion euros are anticipated to be spent in the Netherlands to address the energy crisis.

Although sustainable energy represents the European Union’s long-term commitment, member nations will need to look to alternative options in order to quickly lessen their reliance on Russian gas. It is now a given that nations will have to boost their coal consumption to make up for the decline in gas use. Despite the fact that Russia is also one of the major exporters of coal, EU countries can more readily turn to other producers because coal does not require a complex infrastructure as gas does. The possibility that Germany would postpone the shutdown of its remaining nuclear power reactors or perhaps revive some that had just been shut down surfaced in the days prior.

The highest German officials, however, disregarded this idea on March 8, citing the fact that the remaining three power plants won’t have enough fuel to continue generating electricity in 2023 and that restarting the already-shut down power plants would be difficult and take too long. In addition, there are discussions about expanding liquefied natural gas production in the USA and building infrastructure in Europe to produce more of this fuel. Some nations are also considering starting domestic fossil fuel exploitation projects to protect themselves against high price volatility.

Whatever form of reaction to the energy crisis ultimately prevails, it is obvious that the European Union will experience significant changes in this area. Although the term “climate crisis” has been used more recently than in the past, it is evident that most people still view climate change as a problem that will only affect the very near future. Policymakers have long been urged by scientists and environmental activists to approach the climate change threat as a catastrophe, with the war in Ukraine, that will change.