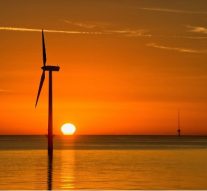 No Comments on EU cutting ties with Russia on energy 23

The European Union is moving ahead with plans to diversify away from its dependence on Russian oil and gas. “At the beginning of the war, Europe was heavily dependent on Russian fossil fuels: coal, oil, gas. 60% of the Russian budgets’ revenues at that time was from fossil fuels”, recently said Eu Commission President, Ursula von der Leyen, speaking at Princeton University. Von der Leyen highlighted on the other hand that the war in Ukraine was a turning point, “because we have decided” that “we will end our reliance on Russian fossil fuels”.

“Europe has banned Russian coal imports completely. We have been winding down and are winding down the oil imports from Russia, down to 10% by the end of the year”, said von der Leyen, adding: “We are diversifying away from the Russian supply (for natural gas) towards other suppliers that are democratic friends and trustworthy”. Since long time, the Russian quota of imported gas in the Eu has been 40 per cent while today is just 9 per cent.

But the unity of the EU appears to be watered down by the stance of Hungary. Hungary’s foreign minister Peter Szijjarto said on Friday he met Russian Foreign Minister Sergei Lavrov in New York and discussed gas shipments and construction of the Paks nuclear plant being built by Russia’s Rosatom. “For us, energy is a red line when it comes to sanctions”, Szijjarto said speaking to the Russian media. Hungary has sharply criticised EU sanctions on Russia over its invasion of neighbouring Ukraine, saying the moves have failed to weaken Moscow meaningfully, while they risk destroying the European economy.
On the other hand the Eu will closely cooperate with the Us in this effort to diversify energy furniture.

The US national security advisor, Jake Sullivan, met in Washington the Vice-President of the European Commission Frans Timmermans. Sullivan and Timmermans reiterated the need for “cooperation transatlantic to address exploitation energy from Russia”. Sullivan and Timmermans also talked about the importance of fact that “ongoing efforts to meet the needs short-term energy is accompanied by a commitment to accelerate the transition to clean energy and reduce the Europe’s dependence on fossil fuels”.

And even the Eu Commission President stressed once again the importance of energy cooperation between Eu and Us: “I closed an agreement with President Biden on LNG imports that really, really helped us and saved us in these difficult times; It is very successful”, she said, while adding that another key point in Eu’s strategy is saving energy: “The energy that is not being used is good energy. We save it to the storage for the coming winter”. Another point, off course, should be to move ahead with energy transition in order to use more renewable sources of energy.