Home / Energy / With China and the US on board can we avert climate change? 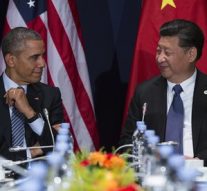 No Comments on With China and the US on board can we avert climate change? 65

Despite an auspicious start, optimism on the success of the Paris agreement should be taken with a grain of salt.

You can draw a red circle around the 3 September in your calendar – that was the day when, in US President Barack Obama’s words, we “finally decided to save our planet”. A turning point is marked by the two major polluters, United States and China, ratifying the Paris climate change agreement.

The long-awaited commitment came into force on the eve of the G20 summit in Hangzhou, an international meeting of the leading developed and emerging economies. The climate deal calls for keeping temperatures below 1.5C above pre-industrial levels and for streamlining the provision of climate aid to victims of climate change beyond 2020. For China, ratification will signify slashing the emissions by 60-65% from 2005 levels by 2030, whereas for the United States the cut will be 26-28% by 2025.

“Where there is a will and there is a vision and where countries like China and the United States are prepared to show leadership and to lead by example, it is possible for us to create a world that is more secure, more prosperous and more free than the one that was left for us,” – these were the words with which Obama addressed the Chinese president, Xi Jinping, and United Nations secretary general, Ban Ki-moon.

For more information on the G20 Summit in terms of energy, read “G20 Energy Ministers meeting: What topics were on agenda?“

Is this emotive language a reason for environmentalists to rejoice?

The opinions are rather polarised. The ratification has been welcomed with open arms as a commitment to deliver further action and a pivotal moment of advancing the climate agreement. David Waskow, international climate director of the World Resources Institute, was hopeful about China and the United States locking arms on the climate change and overcoming a gulf of disagreements on other issues.

However, despite an auspicious start, this optimism should be taken with a grain of salt, and a more scrupulous analysis of the G20 communiqué bears testimony to it. It “welcomes those G20 members who joined the Agreement and efforts to enable the Paris Agreement to enter into force by the end of 2016”.

Only if 55 countries, representing 55% of global emissions, ratify the climate deal, will it enter into force. To this day, only 24 countries responsible for around 1% of GHG emissions had ratified it, while 180 signed it. Clearly, having the United States and China (who together are accountable for 38% of emissions”) is a tremendous breakthrough, but unfortunately other countries had not followed suit during the summit.

Read “How will UK participate in the Paris Agreement after Brexit?” to get an insight into the impact of Brexit on Climate policies.

A blank page for sustainable development is missing

Long-term strategies of sustainable development were also absent from the G20 agenda, as Climate Action Network lamented. No plans for transitioning to 100% renewable energy have been put forward, as parties settled on low greenhouse gases emissions, the future of energy, as well as the improvement of energy services. The blank page for sustainable development was instead filled with growth agenda, as it seeped into every point of the communiqué.

Pirmin Spiegel, General Director at the Catholic Bishops’ Organisation for Development Cooperation MISEREOR, was not amused by the angle taken by the G20 members: “The G20 failed to set the right priorities. They don’t seem to care for our common home. While climate change is only one of “Further Significant Global Challenges Affecting the World Economy”, the biggest problem and – at the same time – the one-size-fits-all solution G20 offers to these challenges is growth. They stick to the same old tools that have not been able to solve the climate crisis and global inequality.”

The perils of the climate change agenda

Moreover, climate change agenda risks being marred by geopolitical considerations. China and the United States boast a history of using mutual obduracy for not committing to any emission cuts. The cooperation strategy they are pursuing now will allow both countries to set a climate trend on the international arena and use their leverage to their own favour.

The peril is that the proposed targets will set the parameters for other countries and will fall short of the action needed to keep temperatures below 1.5C. And the furore over the dual ratification clearly demonstrates that the need to set the emission cut bar higher was eclipsed by the rare harmony between China and the US.

Should we expect a surge in other climate agreement ratifications later this year? Only time will tell. Another question is whether we really need a ceremonious endorsement of the deal to commence the action – if the ratification is our only motivation, the current exhilaration is overrated.