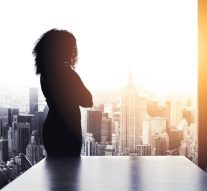 No Comments on Women’s everlasting fight for equality: the economic implications 25

The number of women seeking employment has increased significantly during the last decades. Even though women have equal rights, women are still treated as second-class citizens. According to the World Economic Forum (WEF) survey, women will reach equal economic rights to men in 257 years.

The report measured the disparity in women’s and men’s social positions in the domains of economy, education, health, and political power. The WEF claimed in its most recent annual report that “gender equality will be reached only in a few hundred years”. According to the WEF, attempts to achieve equality have increased dramatically in comparison to previous year, owing to increased political representation of women. The political sphere is still the place where the most divisions exist. It is believed that women will have to wait until 95 years old to achieve equality. Education is where the difference is narrowing the most, therefore women will have to wait another 12 years for equality. In 40 of the 153 nations studied, full equality of women and men in education was attained. Women’s engagement in the labor market is stagnating, financial inequality is widening, and women’s economic participation and opportunity are important sources of worry.

In 2050, improvements in gender equality would result in an additional 10.5 million employment, benefiting both men and women. Women would take about 70% of these positions, but in the long run, female and male employment rates will equalize, with an 80% employment rate by 2050. Women’s new occupations are especially essential since they can assist to eliminate poverty, which is one of the EU 2020 strategy’s top aims. Because of their inferior work and pay potential, women are more likely than men to fall into poverty.

As a result, working reduces the risk of women falling into poverty. Reduced gender disparities in science, technology, engineering, and mathematics (STEM) education could help close the skills gap, enhance women’s employment and production, and minimize occupational segregation. In the end, this would promote economic growth by increasing both productivity and labor market activity. Despite the fact that there are plenty of career prospects and high-paying professions in this field, just a small percentage of women study and graduate in STEM fields. Increasing women’s participation in STEM disciplines will have a significant positive influence on the EU’s GDP. Closing the gender gap in STEM would result in a 2.2 to 3.0% rise in EU GDP per capita in 2050. In terms of money, eliminating the STEM gap will boost GDP by €610 to €820 billion by 2050.