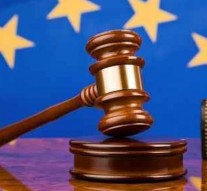 The European Court of Justice stated that workers are entitled to receive financial compensation for their paid annual leave if they could not partly or entirely enjoy them, even if they have decided to leave on their own initiative.

Although they have decided on their own initiative to terminate their working relationship, workers are entitled to receive financial compensation for their paid annual leave if they could not partly or entirely enjoy them.

This is what the European Court of Justice established in its judgment on the dispute between the staff company of the Vienna municipality and one of its employees, Hans Maschek.

Working as a civil servant of the city of Vienna, Mr Maschek retired at his own request by 1 July 2012. From 15 November 2010 and 30 June 2012, he has received his salary despite not coming to his office, thanks to an initial period of leave, then through an arrangement with his employer.

After retiring, Mr Maschek required his employer to give him financial compensation for the paid annual leave he did not take as, according to him, he felt ill again shortly before leaving.

In response, his employer dismissed his request since, in accordance with Austrian law concerning the remuneration of civil servants of the city of Vienna, employees terminating employment on their own initiative are not entitled to receive this allowance – especially when they want to retire.

As a result of the legal action brought by Mr Maschek, contrary that refusal, the Administrative Court of Vienna, the Verwaltungsgericht Wien, asked the European Court of Justice to rule on whether such legislation  is compatible with EU law and, in particular, with Directive 2003/88.

The reasoning of the Court

While ruling on this case, the Court  recalled that, as for certain aspects of working time, Directive 2003/88 provides hat all workers should receive at least four-week paid annual leaves.

This right represents a principle that is particularly important for the EU social law, highlighted the European judges, who added that all workers, regardless of their State of health, should enjoy this right.

When employment is terminated, it is no longer possible to avail of paid annual leave. For this reason, under the directive, workers are entitled to receive financial compensation in order to prevent them from failing to benefit from this right in any way, even in pecuniary form.

The Court then, considering the reason behind the severance of the employment relationship irrelevant, argued that the fact that workers put an end to their employment on their own initiative does not affect in any way their right to receive any financial compensation for those paid annual leave that they not been able to enjoy before the termination of employment.