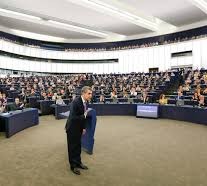 No Comments on EP approved inquiry committee on Panama Papers 62

Two important measures in the field of international taxation have recently been approved by the European Parliament. On the one hand a EP inquiry committee into Panama Papers case was established and, on the other, the Parliament approved a resolution endorsing the Commission’s proposal for a EU directive on tax evasion.

The European Parliament passed a resolution approving the Commission’s proposal for a EU directive on tax evasion. MEPs call for stricter limits to deductions for interest payments and to rules on foreign income, which should be taxed at a minimum rate of 15%.

“The vote is an important step forward in order to steer companies and investors towards long-term oriented decision making and to ensure more transparency in the governance of European companies and engagement of institutional investors and asset managers,” said the rapporteur, Sergio Cofferati (S&D, IT), after the vote.

A EP inquiry committee into Panama Papers case, the leak of information about offshore companies and their beneficiaries, was also established during the plenary session.

The committee will deal with alleged violations by the Commission or the Member States of EU rules on money laundering, tax avoidance and tax evasion.

Taxes should be paid at the place where they made profits, the resolution states, and legally binding measures should be taken to put an end to the methods commonly used by companies to evade.

Two important measures in the field of international taxation

A EP inquiry committee were set up to handle the so-called Panama Papers, the revelations about offshore companies and their beneficiaries. The Commission will investigate on cases of non-respect by the Commission and Member States of the European laws on tax avoidance, tax evasion and money laundering.

Composed of 65 members, the committee will have 12 months to submit its final report.

Another important measure was also the resolution adopted by the European Parliament on the Commission’s proposal for a directive on tax avoidance, tax evasion and money laundering.

The resolution contains a series of measures to promote the fight against tax evasion, such as tighter restrictions on deductions for interest payments and rules on foreign income, which should be taxed at a minimum rate of 15%.

It also provides for greater transparency for trust funds and foundations, the creation of a European black list of tax havens in order to sanctions foreign non-cooperative jurisdictions, and common rules on tax breaks for “patent box” systems, aimed to calculate the revenue generated from intellectual property.

The European Parliament went beyond the original text of the directive proposal by introducing a switch-over clause, namely the establishment of a minimum 15% tax rate for  those revenue finance taxed in a country outside the EU and subsequently transferred to a Member State.

In order to prevent foreign income from suffering double taxation, they are often exempt from taxation. So in case foreign income were subject to a lower rate outside the European Union, the difference must be paid to the tax authorities of the EU country concerned.

Parliament also proposed other recommendations, such as the entry into force of an improved dispute settlement mechanism by January 2017 and the creation of a harmonised common European tax identification number for an effective exchange of information between tax administrations of the Member States.