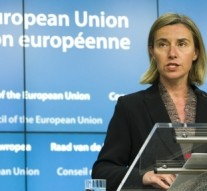 Last week, the Council of the EU voted for an extension of sanctions against the Syrian Regime, renewed its commitment to find a lasting solution to the conflict in Syria and to fight terrorism threat.

On Friday 27 May, the Council of the EU voted for an extension of restrictive measures against the Syrian regime until 1 June 2017.

The sanctions currently in place are extensive. Besides limitations on certain investments, an embargo has been imposed on oil, equipment and technology that might be used for internal repression or the monitoring or interception of internet or telephone communications.

In addition, assets of the Syrian central bank – together with those of over 200 persons and 70 entities bearing responsibility for the violent repression against the civilian population in Syria or associated with them – are frozen within the EU. Furthermore, they are not entitled to entry into or transit through the European Union territories.

By this decision, the Council of the EU keeps in line with its conclusions in December 2014, which affirmed that the EU would continue imposing and enforcing sanctions targeting the regime and its supporters as long as repression continues.

During the last Foreign Affairs Council on 23 May 2016, which focused on Syria, Iraq as well as the threat posed by the Islamic State (IS), the EU renewed its commitment to find a lasting solution to the conflict in Syria.

“Our determination to end the suffering of the people of Syria and Iraq is stronger than ever,” said during the Council meeting Federica Mogherini, High Representative for Foreign Affairs and Security Policy. “We decided to increase our political engagement to facilitate the start of the transition in Syria and renewed our support to the stabilisation of Iraq.”

Besides facilitating the efforts of the International Syria Support Group (ISSG) to strengthen the implementation of the cessation of hostilities in Syria, the EU said it will step up its political role in support for a convincing resumption of the intra-Syrian talks. Coordinated by UN Special Envoy, Staffan de Mistura, the talks aim at reaching an agreement on a genuine political transition in Syria, in accordance with the ISSG Vienna statement of 17 May 2016.

Furthermore, the EU will also support the delivery of humanitarian aid to all Syrians in need in besieged and hard to reach areas. At the conference held in London in February 2016 aimed at supporting Syria and the region, the EU and its Member States pledged more than €3 billion to assist the Syrian people in 2016.

As for countering terrorism, the EU declares it will also strengthen its cooperation with third countries, its work on counter-radicalisation and efforts to stop terrorist financing.

In October 2014, the Council called on the High Representative to develop a comprehensive regional strategy for Syria, Iraq and the threat posed by IS, which was adopted in March 2015.

Among its main goals are supporting efforts by the global coalition to counter IS, reducing the influx of foreign terrorist fighters, funds and weapons to IS, preventing regional spill-overs and improving border security, as well as providing humanitarian aid and international protection to those afflicted.