Home / Energy / US a resilient country 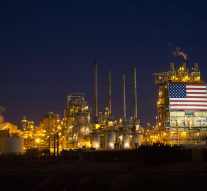 No Comments on US a resilient country 41

Energy policy in the United States involves federal, state and local governmental actions related to the production, distribution, and consumption of different sources of energy, including fossil fuels such as coal, oil, and natural gas, as well as renewable energy sources such as solar, wind, nuclear, and hydroelectric power.

Energy policies are enacted and enforced at the local, state, and federal level through legislation and regulation. Given the multiple policymakers at all levels of government in the United States, energy policy is complicated and interconnected. As a result, energy policy has several stakeholders, including citizens, elected state and federal officials, government agencies, national and state-level interest groups, corporations, and think tanks.

Several factors can affect the feasibility of energy policies, such as the availability of energy resources, geography, the cost of extracting certain forms of energy, consumer demand, potential impacts to the environment, and more.

Many local governments across the country, including Boston and Los Angeles, are already incorporating clean energy infrastructure into their plans to strategize for a more equitable and resilient future. But actually, breaking ground on these projects takes forethought, intent and leadership at the city level. Cities are forging new partnerships and tapping into innovative funding sources to secure clean energy for resiliency.

That is how the process is possible.

First, California cities Los Angeles, San Diego and San Jose increasingly face challenges to provide critical community services when their residents experience grid outages from wildfires or from the impacts of Public Safety Power Shutoffs, when utilities pre-emptively turn off electricity due to dangerous weather conditions and high wildfire exposure. To combat uncertainty when these situations do arise, all three cities have tapped into innovative state programs that provide renewable resources to complement local goals. San Diego used funding from one California Energy Commission (CEC) grant program to install solar energy microgrids to power its port’s marine cargo terminals, reducing emissions and enabling critical terminal infrastructure to operate for 12 hours without being connected to the grid. Across the state, CEC’s grants directly fund city governments to install urban microgrids for grid resilience and disaster readiness, including at key sites like fire stations and community centers in disadvantaged communities.

This challenge that local authorities are facing leads to the second point: Partnerships on Resilience are needed.

Utilities and communities are finding common ground by planning joint resilience efforts, identifying their shared risks, and aligning on natural hazard responses and plans for the future. In Boston, the city and its utility, Eversource Energy, collaborated to build a new utility substation project on the South Boston waterfront. The project addresses the city’s growing demand for power while positioning clean energy infrastructure as a resilient solution for addressing storm surges and sea level rise, which could grow by as much as three meters by 2100.

The city of Portland, Oregon also recently developed a partnership with its utility, Portland General Electric. Working together, they created a first-of-its-kind solar-plus-storage fire station, a facility that can isolate itself from the grid to maintain critical operations in the event of outages. Looking forward, Portland is designing a large microgrid to support a local community center, which may also serve as an emergency shelter in times of need.

Of course, there is need for money, thus cities are Reinventing Municipal Funding.

Resilience-focused clean energy projects can be financed directly at the city level as well, often receiving their funding from new taxes on certain industries and sectors. Post-economic recovery, we can expect to see more examples of projects like the Portland Clean Energy Community Benefits Fund, which was created by a local ballot measure taxing certain types of retail industry in the city and anticipates $44-61 million in new revenue for renewables and green infrastructure projects that can benefit historically marginalized communities of color that bear the brunt of climate change. Funds from the initiative will be used for projects such as installing rooftop solar and energy-efficiency upgrades in multi-family housing complexes and implementing clean energy workforce training programs.

What is the consequence? More Clean, Resilient Cities are spreading.

As cities lead the way in investing in resilient infrastructure and clean microgrid systems, they’ve also turned to philanthropic programs like Rockefeller Foundation’s 100 Resilient Cities and Bloomberg Philanthropies’ American Cities Climate Challenge to help secure resources. But even with cities capitalizing on this support, the scale of investment needed to create a modern, resilient grid and equip cities to manage future risk still lags. One way this situation may be remedied is by renewing federal focus on resilience investment, driving projects at the local level. If the U.S. government seeks a better-prepared future and near-term economic growth, funding these types of projects will accomplish both. The federal government could amplify existing grant programs administered by the Department of Energy and the Department of Housing and Urban Development.

There is no doubt that unforeseen natural disasters and other events are tragic: In many cases, human lives are lost, and communities can spend years recovering. At the same time, these situations teach us about where our infrastructure systems are failing and how we can develop unique solutions that protect our communities. It is the responsibility of our leaders in the federal government, state capitals and city halls to integrate what we have learned from the past to spend wisely for our future. They must prioritize projects that integrate clean energy, are built to perform under stress, and stand as resilient pillars of critical community operations.