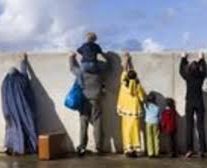 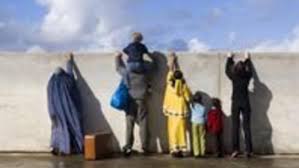 In 2016, 1 204 300 people applied for international protection in the European Union, a number slightly down compared with 2015 (when 1 257 000 first time applicants were registered) but almost double that of 2014. This means that there were in total 2 360 first time asylum applicants per million inhabitants in the EU as a whole.

Syrians (334 800 first time applicants), Afghans (183 000) and Iraqis (127 000) remained the main citizenship of people seeking international protection in the EU Member States in 2016, accounting for slightly more than half of all first time applicants. The main contributions to the decrease were lower numbers of applicants from Kosovo and Albania. Between 2015 and 2016, Turkey, Morocco, Armenia and India moved into the top 30 non-member countries from which the EU-28 Member States received (first time) asylum applications, while Bosnia and Herzegovina, the Democratic Republic of Congo, China and Ethiopia moved out of it.

6 in 10 all first time applicants in the EU Member States applied for asylum in Germany. The second country who received the largest number of applications was Italy  (10%), followed by France (6%), Greece, Austria and the UK.

Many applications are still pending: At the end of 2016, 1 094 100 applications for international protection in the EU Member States were still under consideration by the responsible national authorities. 55%  of them are applications lodged in Germany, 9% in Italy, 8% in Sweden.

It is also interesting to consider the number of applications in relation to the population. The lowest ratio between applications and national population can be observed in Slovakia (18 applicants per million inhabitants), followed by Portugal (69), Romania (94), the Czech Republic and Estonia (both 114)

More than four in five (83 %) of the first time asylum seekers in the EU-28 in 2016 were less than 35 years old and nearly one third (32 %) of the total number of first time applicants were minors aged less than 18 years.

This age distribution of asylum applicants was common in almost all of the EU Member States, with the largest share of applicants usually being those aged 18–34. There was one exception to this pattern: Poland reported a higher proportion of asylum applicants less than 14 years old (45 %). 25.1 % of all minors were unaccompanied. Among minors who applied for asylum, the share that was unaccompanied was less than half in most EU Member States in 2015, the exceptions being in Italy and Sweden.