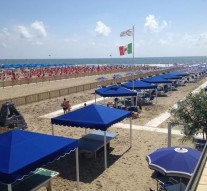 No Comments on Bolkestein directive: the termination date beach concessions cannot be extended 683

An impartial and transparent selection of candidates is not possible under the extension provided by current Italian law.

Under the Services in the Internal Market Directive (2006/123/EC), the so-called Bolkestein directive, specific rules are established on the freedom of establishment and the principles of non discrimination and safeguarding competition.

In particular, Article 12 addresses the allotment of scarce natural resources or technical capacity, which in turn limits the number of available authorisations for a given activity. Under these circumstances, Member States may subject business activities to an authorisation scheme.

Nevertheless, an automatic and generalised extension of the termination date of concessions for the use of State-owned maritime and lakeside property is permitted under the  Italian legislation.  Those property, especially beaches, are used for tourist-oriented business purposes and have been granted without a prior selection procedure. As far as the present term is concerned, the date of termination was extended to 31 December 2020.

However, the extension of these concessions was refused by the Italian authorities, regardless of national legislation. Therefore private operators in the tourist industry who holds the concessions brought legal actions against those refusals.

Then, questions on the compatibility of the Italian legislation with EU law were posed to the Court of Justice by Italian courts – before which these cases are pending. Today the European Court of Justice has provided them with an answer in its judgment. Firstly the Court states that, for the purposes of applying the directive, national courts are in charge of determining whether the Italian concessions must be subject to a limited number of authorisations because of the scarcity of natural resources.

The reasoning of the European Court of Justice

The Court stated that, if the directive is applicable, an selection procedure for potential candidates – impartial, transparent and adequately publicised – must be organised as a condition to granting authorisations for the economic exploitation of State-owned maritime and lakeside property. As a consequence, the automatic renewal of authorisations prevent from organising such a selection procedure.

It is true that Member States are allowed under article 12 of the directive to take into account overriding reasons relating to the public interest while launching the selection procedure. Besides, this includes, for example, the necessity to preserve the legitimate expectations of the authorisations holders to recoup the cost of the investments they made.

Nonetheless, an  automatic renewal cannot be justified by such considerations because, at the time of the initial grant of the authorisations, no selection procedure was organised. Thus, without any selection procedure for potential candidates, it is hence precluded under Article 12 of the directive any possibility for a national measure to provide for the automatic extension of authorisations for State-owned maritime and lakeside property for tourist and leisure-oriented business activities.

Finally the Court makes clear that, even if the directive is not applicable, such a concession is of certain cross-border interest. The automatic extension of its award to an undertaking located in a Member State generates a difference of treatment to the detriment of those undertakings that, located in other Member States, are potentially interested in that concession. Such a difference in treatment is, in principle, inconsistent with the freedom of establishment.

The principle of legal certainty, which aims to allow concessionaires to recoup the cost of their investments, cannot be relied on in order to justify such a difference in treatment. This is particularly true if one considers the fact that the concessions were awarded when it had already been established that type of contract – which is certainly cross-border interest – was subject to a duty of transparency.