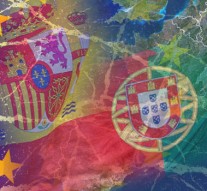 No Comments on EU country-specific recommendations: will Spain and Portugal fix their deficit on time? 73

On 7 July 2016, the European Commission came back to the EU country-specific recommendations previously issued in May for Spain and Portugal and declared the absence of effective action by both Member States for years 2014 and 2015.

These deadlines were set by the Council in 2013 that adopted recommendations for Council decisions under Article 126(8) of the Treaty on the Functioning of the European Union (TFEU). As documented in the Commission’s Reports, the Commission recognises the significant structural reforms realised by Spain and Portugal.

What has been done in Spain and Portugal so far? Portugal carried out the stabilisation of general government gross debt; efforts to curb tax fraud and evasion; reformed tax administration; improved the long-term sustainability of the pension system; adjusted  the health care system with a view to ensure the sustainability of the National Health Service (NHS); improved  the reforms to the public-private partnerships (PPPs) and the State-Owned Enterprises (SOEs). In Spain, the public debt to GDP declined from 99.3% in 2014 to 99.2% in 2015 and according to the 2016 Commission Spring forecast, it is expected to rise in the current year to 100.3% for  declining thereafter. Furthermore,  after the Commission Recommendation in May 2016 Spain enforced the 2012 Stability Law (that reduces public sector arrears to commercial suppliers) that had not previously been implemented.

Why the Commission proposed 2016 Spain and Portugal specific recommendations ?

The Commission is obliged to propose (for the fine) these recommendations under art. 126 (8) of the TFEU; also, has to propose a suspension of part of the commitments of EU Structural and Investment Funds (ESIF).

Otherwise, these recommendations do not prejudge possible future decisions under Article 126 of Treaty. Indeed, EU finance ministers will discuss these recommendations, while the Commission, on its side, has to monitor the implementation of the Stability and Growth Pact.

The question has been approached by the European Commission with openness, insomuch as Pierre Moscovici, Commissioner for Economic and Financial Affairs, Taxation and Customs declared “I trust that EU finance ministers will soon confirm our assessment. The Commission has always acted, is acting now and will continue to act within the rules of the Stability and Growth Pact. These are complex but intelligent rules that must be applied in an intelligent way by the Commission and the Council. We will work with Spain and Portugal to reach a shared understanding of the policy commitments that should be made” .

What is the situation of Member States with regard to the aggregate public debt ?

The European Commission evaluates that significant improvement has been achieved in the EU and in the euro area since the beginning of the crisis and assesses the aggregate public debt around 90% of GDP. In the same time, the Commission notes that the debt projections are no promising and shows that even if States fully implemented their fiscal plans outlined in their own Stability programmes for the period 2016 to 2019, additional fiscal consolidation measures in the order of 3/4 percentage points of GDP on average would be needed over the period 2020-2024 to bring the debt-to-GDP ratio down to 60% by 2030.