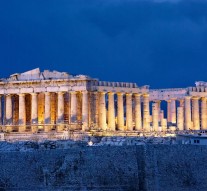 No Comments on Casting a Light on Greece 95

Once again, Greece has hit Europe’s headlines and has become a relevant issue of debate.

Tomorrow, 24 May, a meeting of the Eurogroup will take place in Brussels to discuss the state of play of the implementation of Greece’s economic adjustment programme, particularly on the issues related to the first review for the European Stability Mechanism programme.

Indeed, on 9 May, the Greek Parliament adopted a new legislation set of laws to raise taxation and cut pensions in public sector, which triggered violent protests.

The additional reforms should include the creation of a new privatisation fund, new rules regarding the management of nonperforming loans held by Greek banks and the introduction of “indirect” taxes, including levies on fuel, coffee and Internet connections.

Furthermore, a number of important reforms aiming at a further liberalisation of the energy market, as well as its integration with neighbouring countries and the privatisation of public companies are currently being implemented.

There are also plans for large infrastructure projects in the electricity, gas and petroleum sector that are supposed to strengthen Greece’s position as an energy hub in the South-East of Europe. On Tuesday, the Trans Adriatic Pipeline (TAP) marked the start of construction of the pipeline project, a strategic piece of the Southern Gas Corridor infrastructure, which will bring initial volumes of gas from Azerbaijan to Europe.

However, despite Greece’s commitment, still no approval has been reached in the last meeting over the allocation of the next tranche of aid to Athens in the framework of the third rescue. The next loan for Greece should worth around 5.7 billion euro, but now it seems it could be even doubled.

Meanwhile, the new developments in the Greece-Russia relations are regarded with a quite profound sense of mistrust in Brussels and Berlin. Russia and Greece, two countries taken over by the politics of humiliation, seem to keep moving closer, in an apparently long-lasting relationship. Worse, Russia declared to be ready to provide financial assistance to Greece.

On one hand, for many aspects, the Greek social and welfare system would be unsustainable without a deep reform, but on the other, Greece – together with Italy – keeps being the only EU country still bearing a consistent weight of the migration crisis.

After the implementation of the EU-Turkey agreement, 50,000 refugees from Syria, Afghanistan and Iraq fleeing to safety along with various other migrants are currently trapped in Greece.

The Greek Parliament adopted a law allowing “restriction of movement” on new arrivals inside closed facilities at border entry points – such as the islands – for up to 25 days during reception and identification.

The three largest hotspots (Lesvos, Chios and Samos) have soon become overcrowded and the conditions of detention have rapidly deteriorated, due to poor quality food, insufficient shelter, poor sanitation and inadequate access to appropriate medical care.

The Greek asylum system, seriously deficient and in real need of extensive additional resources for many years, lacks the capacity to process applications.