Home / Editorial / Common threats: from health and safety to cyber security threats in the European Union 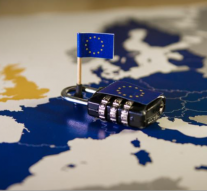 No Comments on Common threats: from health and safety to cyber security threats in the European Union 24

With Russia’s invasion of Ukraine, physical security and safety has made a comeback into European political debate after past security threats, such as terroristic attacks of the years 2014-2018. However, nowadays military threats are not the only concern EU leaders must face. With new alerts of the spread of a SARS-like virus, and cyber-attacks becoming a recurring form of violating national security, the word itself has now acquired 360° degrees meaning, and requires a corresponding and comprehensive response. In this direction the announcement of the institution of a new EU Global Strategy from the G7 in the past weeks and the agreement of the European Parliament and the Council on a measure for a high common level of cybersecurity across the Union. To gain further perspective on this topic, be sure to read our latest NEU number!