Home / Employment and Social Affairs / Elections in Italy and Sweden 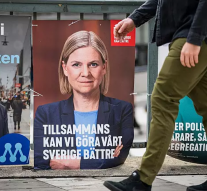 No Comments on Elections in Italy and Sweden 76

September is watching important elections in two EU countries: Italy and Sweden have to elect the Parliaments, in order to form the new governments during an unprecedent economic crisis sparked by the pandemic and the war in Ukraine. The first vote will be held in Sweden on Sunday 11th September. Swedish citizen will vote less than a year after the birth of the minority government led by the socialdemocratic Magdalena Andersson.

The Social Democratic Party, given by the latest survey at the first place with 29 per cent, retain a relative advantage but the possibility of confirming a center-left executive in Stockholm may be under discussion. The two main opposition parties, the Swedish Democratic nationalists and the Moderates, compete for the second position with respectively 20 and 19 per cent of the preferences in the latter. A possible result that would lead the two parties together to obtain almost 40% of the consensus could open the prospects for a right wings government in Sweden.

The vote takes place as Sweden is preparing to officially become a NATO country: in recent months, the transversal support for this move in Parliament has oriented the political debate: being not a divisive issue anymore, it has not been central to the electoral campaign which has been focused more on economy, inflation, energy and migration.

Even Italy is facing a similar perspective of a right-wing government: in this country the nationalist party Fratelli d’Italia led by Giorgia Meloni is leading in the survey, ahead of 25thSeptember vote. In a critical situation with the inflation at a record high and energy prices skyrocketing, Fratelli d’Italia is the leading forces of the center-right area where a place have also Lega and Forza Italia. But Meloni’s party was the only one not being part of the many governments that distinguished the last legislature. On the other hand, the left area is characterized by the strong role of the Democratic Party, led by Gianni Letta, second political force in the country according to the survey, that has secured an alliance with the far wing parties leaving spaces for the so called “Third Pole” in the center.

Italy has a long tradition of moderate electorate and the gap caused by absence of a strong center aims to be closed by Azione and Italia Viva, respectively led by Carlo Calenda and Matteo Renzi. The limit of this alliance is that there are apparently no other strong parties in the center area, thus leaving Calenda and Renzi dependent on compromises and difficult coalition even obtaining a good result after the vote.

In any case, their call for the urgent implementation of the so called “Agenda Draghi”, saving and relaunching the work of the last government guided by the famous economist Mario Draghi, could intercept many votes as the countries like other ones in Europe is facing a precarious economic situation and need a stable and strong government to implement the reforms.