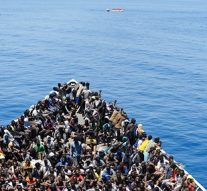 No Comments on An endless migrants’ European story 21

Migrants seem to be most omitted group during the Covid19 crisis in Europe. With a slight alleviation of borders opening policies, the EU Member States decided to receive more migrants coming from the Western Balkans. However, not everything goes smoothly as the pandemic’s second wave again got stronger which was followed by the border’s re-closure. Meantime, Europe was hit by series of political turmoil across the continent, which again led to omission of migrants’ problems in the Old Continent. The newest crisis put the Europe’s attention to the Belarusian crisis. What does the Slovenia’s EU presidency priorities say about the migrants? Why is this problem again ignored?

The Slovenian plan for the 6 months presidency enlightens the assertive internal and external security of the EU. The Schengen regime of no internal border controls is extremely important in this context, in spite of the fact that, in recent years, it has not been possible to implement it in full everywhere due to illegal migration and the COVID-19 pandemic. Slovenia’s goal is to ensure effective implementation of the Schengen legislation and the full functioning of a stronger, more robust Schengen area without internal border controls, that is equipped for the challenges ahead.

For this we need, in addition to conquering the pandemic, a more effective approach to dealing with illegal migration at its source, more effective protection of the external EU border, a functioning asylum system, a more consistent policy of returning persons who have not been granted international protection to their countries of origin, and close cooperation both with countries of origin of migration and with transit countries. These will be Slovenia’s goals in the negotiations and coordination for adoption of the legislative and other acts under the Pact on Migration and Asylum, which is the key framework for more effective management of migration pressures. We will work towards further harmonisation of member states’ asylum systems and actively engage in seeking a political consensus for the implementation of the concepts of responsibility and solidarity. Slovenia’s task will be to ensure a horizontal and comprehensive approach in discussing and adopting measures and policies in all Council configurations.

On home affairs, particular attention will be devoted to further developing a comprehensive system for migration and asylum management in the EU and continuing negotiations on legislative proposals, as well as strengthening mutually beneficial partnerships with countries of origin, transit and destination, including cooperation on return and readmission and EU field coordination in third countries. One of the priorities is ensuring a well-functioning Schengen area and strengthening external border protection, where the focus will be on the Strategy on the future of Schengen and the revision of the core legislative acts (the Regulation on the Schengen Evaluation Mechanism and the Schengen Borders Code), as well as the operationalisation of the Regulation on the European Border and Coast Guard and the implementation of interoperability.

The emphasis will be on ensuring a high level of security in the EU, mainly through improved and enhanced police cooperation, where the proposal to amend the Europol Regulation will be particularly relevant. Under the new Pact on Migration and Asylum issued by the European Commission in September 2020, the comprehensive approach will give due regard to the external aspects of migration and asylum policy. Lastly, the Program of Presidency puts migration issues in context of cooperation with the USA. It envisages a union of cooperation within the North Atlantic Alliance, that actively seeks to achieve the strategic objective of a Europe that is fully united, free, and at peace internally and with other continents. This Union shall, according to the text, protect external borders with clear differentiation between legal and illegal migration.