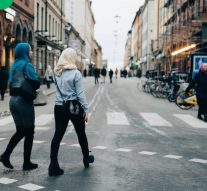 Italy and Sweden are the two EU Member States that have drawn the greatest attention on their national immigration policies and initiatives since the migrant crisis began in 2015. Even in the post-COVID19 environment, there is still a concertive pressure. In light of the upcoming elections in both countries, this article presents the most recent results of the immigration policies in these two states.

On July 22 of this year, a merchant ship and the coast guard off Calabria, in the deep south of Italy, saved more than 600 individuals who were attempting to cross the Mediterranean on a fishing boat. They were landed at a number of Sicilian ports. Five migrants who perished on the ship under mysterious circumstances were found dead, according to the authorities. About 522 individuals, hailing from Afghanistan, Pakistan, Sudan, Ethiopia, and Somalia, arrived on the island of Lampedusa last night with roughly fifteen separate boats from Tunisia and Libya. Italian media reports that the little, rocky island’s reception center is busy. This island is closer to Africa than Italy. The facility can accommodate 250–300 individuals, but it currently receives 1,200.

In May and June, the number of migrants who reached the Italian coast more than tripled compared to the previous year, according to the ministry. However, in July this difference decreased – this year there were 8,600 migrants, and last year 7,000. Currently, around 800 rescued passengers are waiting for permission from Italy or Malta to enter the territory of those countries from the pier.

Hundreds more people from Tunisia reached Sardinia or the small island of Lampedusa. There are around 1,000 migrants on the island, but only 250 of them are looking for asylum. It is anticipated that Italy will ask for the quick, if necessary temporary, activation of the mechanism that includes members in order to permit the entry, with regard to anti-covid measures, of the ships of various non-governmental organizations flying the EU flag that carried out rescue operations in international waters after the elections.

According to Prime Minister Magdalena Andersson, who has introduced a variety of initiatives to fight organized crime, Sweden has failed to integrate the vast number of migrants it has received over the past 20 years, leading to the emergence of parallel societies and gang violence. Many Swedes were stunned and shocked by the riots at the beginning of the month, which resulted in the injuries of over 100 police officers. After the burning of the Koran at a rally sponsored by a Swedish-Danish politician and his declarations that he would hold rallies in migrant communities, violence broke out.

In Malmö, protests against the far-right movement led by Rasmus Paludan descended into violence in the middle of April. Trash cans, cars, and retail establishments were set on fire. Over the past 20 years, the number of foreign-born Swedes has doubled to two million, accounting for a fifth of the country’s population. For 28 of the last 40 years, including the last eight, the Social Democrats, the party of the prime minister, have held the helm. In an effort to keep young immigrants off the streets and in school for as long as possible, Anderson is implementing a number of steps to discourage them from joining gangs. She emphasized that although there was a significant influx of refugees into Sweden, inadequate steps were taken to integrate them.