No Comments on Grilled EU, crunchy sanctions and spicy internal politics: the last updates on the Ukrainian menu 72

The European Council has recently decided to extend the validity of sanctions – against Russia – over actions against Ukraine’s territorial integrity, until March 2016.

MEP Hans van Baalen, the ALDE Group’ spokesman on Russia and Ukraine said: “As long as Putin supports the separatist violence in Eastern Ukraine and the illegal annexation of Crimea, the sanctions must be prolonged.” Prolonging sanctions against Russia has been recognized as a necessary step in order to find some positive reflections on Russia’s behaviour in Ukraine, even though Crimea remains annexed. By doing so, the European Union wanted to express clear opposition to remove any sort of sanctions against Russia before clear conditions are met.  The European Parliament expressed full support to this resolution meaning that the Non-recognition of Crimea’s occupation and annexation is the basis of the EU’s moral and principled stance; furthermore, the European Parliament’s position is perfectly in line with the respect of the consuetudinary international law.

Necessary and crucial, sanctions are the External relations’ tool that EU can use the best against the several acts and behaviors undermining or threatening the territorial integrity, sovereignty and independence of Ukraine.

On the 16th of September 2014, exactly one year ago, 26 out of 28 European Union Member States have already ratified the EU-Ukraine Association Agreement, signed by the European Parliament and the Verkhovna Rada of Ukraine. The ratification of such agreement is devoted to deepen political association and economic integration between the EU and Ukraine and provides for mutual free market access.

On Wednesday the 16th of September in Brussels, Ukrainian and European parliamentarians reminded that it is fundamental that the EU countries, who have not yet ratified the EU-Ukraine Association Agreement, should do so as early as possible; Greece and Cyprus are expected to do the same by the end of this year and also the provisions of the deal had yet to be put in force. On the meeting to mark the first anniversary of the ratification on Wednesday, MEPs and Ukraine MPs urged the remaining EU countries to complete the ratification process of the deal, and restated their determination to do the utmost to implement it. They also welcomed extension of the EU restrictive measures against those involved in undermining Ukrainian territorial integrity, and strongly supported an entry into force of the Deep and Comprehensive Free Trade Area as of 1 January 2016. 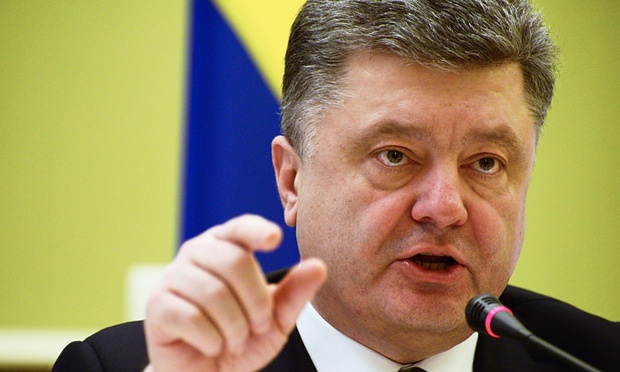 The growing dimension of the free trade area – people will move freely and capitals, services and goods, as well – at the doorstep of the Russian Federation, will necessarily have strong impact on the geopolitics of Eurasia.

In addition, the Ukrainian internal political situation is not that comfortable. With a recent announcement the Ukraine’s president Petro Poroshenko extended sanctions on Wednesday the 16th of September to over 400 individuals and 90 legal entities, in response to a decision by rebels to set a date for what Kiyv sees as “illegal elections”. The list of sanctioned individuals posted on the presidential website mentions members of Russia’s parliament and senior rebel figures.

Also a number of Russian big companies are affected, including Russian airline Aeroflot , security company Kaspersky Lab and banks Gazprombank and the Bank of Moscow. The list includes a number of journalists, including three BBC employees based in Moscow and reporters for Die Zeit and several Spanish outlets, as well as some Israeli correspondents.

Even if violence in the region is at its lowest level after the Minsk ceasefire agreement signed about seven months ago, some clashes arose in the latest days. Under terms of the much-violated peace deal, local elections were meant to be held in the separatist regions in tandem with the rest of the country, but Kiyv has said they cannot take place due to security and monitoring concerns.

In fact, on the other hand, Rebel leader Alexander Zakharchenko signed a decree to hold the elections starting on 18 October, while Ukrainian authorities will finally hold their local elections in most regions on 25 October, but there is not the clear perception that it could be huge participation to elections in those regions bordering separatist territory or in the rebel regions.