Home / Migration / How does the Hungarian-polish veto impacts migrants? 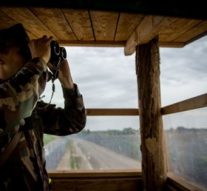 No Comments on How does the Hungarian-polish veto impacts migrants? 85

Hungary and Poland vetoed the decision on adoption the new EU budget devoted for post-Covid19 recovery, on November 16. This was another veto has shaken the EU-27 bloc. Does it have any impact for migrants with the migrant crisis going on?

Hungary and Poland vetoed the budget and recovery plan on November 16, explaining that they do not accept the financial assistance conditionality clause. – After accepting the current proposal, there would be no obstacles for linking the distribution of funds from the fund to member states with support for immigration or for blackmail with budget sanctions against countries that oppose immigration – Orbán said, MTI agency reported. The budget and recovery package do not contain any specific immigration clauses. Orbán is a great opponent of mass immigration and believes that it would change the national and European identity. The procedure against Hungary has been activated in the EU for violating European norms.

The package also includes the EU’s multi-year budget for the period 2021-2027, which amounts to 1,074 billion. The reason is the refusal of Budapest and Warsaw to make their assistance in the crown conditional on assessments of compliance with human rights. The leaders of the two countries gave their agreement in principle with the financial package at the marathon multi-day summit last summer, when the “historic” agreement was voted on, but with a warning that they would reach for a veto if they insisted on this measure, which they consider political blackmail. Budapest and Warsaw have been “at war” for years with the Brussels administration, which accuses them of incompatibility with the European acquis in the field of public freedoms, media independence, and free justice.

Not having much room for maneuver for more serious “punishment”, they came up with the idea of ​​linking financial aid to human rights issues in Brussels. The leaders in this conditioning were the Netherlands, Austria, Sweden and Denmark. The European Parliament also joined them, so another in a series of European crises was opened, in addition to “Brexit” and the Crown. Those who thought that Poland and Hungary would not persevere were mistaken. The other half of the EU, in which the members are the most persistent, but also the European Commission and the Parliament, accuse the entire Visegrad Group of being nationalist and acting in some segments contrary to the democratic principles of the Union. This is not the first time that such disputes have occurred, and one of the examples is the migrant crisis, especially Orbán’s attitude towards the prescribed quota for accepting refugees and his uncompromising attitude on this issue

After all, there are even those who believe that Hungary and Poland should leave the EU, as well as the British before, if they do not share the same values. EU presidency Germany and France will try to reconcile passions. French Secretary of State for European Affairs Clement Bonn promised that a solution would be found in the coming weeks. But realistically, it’s hard to expect a deal so quickly. Having in mind the previous positions of Warsaw and Budapest, the EU will have to give in.

During October this year, about 6,000 attempts to cross the border illegally were registered, according to the Hungarian police. In the first week of October, police and soldiers patrolling along the Hungarian border with Serbia detained 969 illegals, and 390 migrants were prevented from illegally crossing the protective fence at the border, while proceedings were initiated against 82 people for smuggling people. The data show that this is one of the weeks this year when migrants and smugglers were the most active in their attempt to reach the European Union.

Among them are still the most numerous citizens of Syria, Afghanistan, and Pakistan, and there are also Iraqis, Algerians, Tunisians and residents of other African countries. Hungary, in accordance with its laws, now returns all migrants to the border of the country from which they entered the country. Since the beginning of this year’s epidemic crisis, the country has not received asylum requests on the territory of Hungary, because two reception centers on the Hungarian-Serbian border have been closed. In his latest statement on migration, given on Friday last week, Hungarian Prime Minister Viktor Orbán said that Hungarian migration policy would not change. “The future of Africans is in Africa. We will help them live better in their countries, and we will not help them come to Hungary,” Orbán was categorical.