Home / External Relations / The importance of being EU. The EU Human Rights policy from the beginning 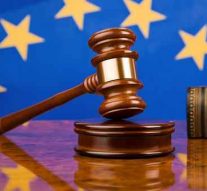 No Comments on The importance of being EU. The EU Human Rights policy from the beginning 654

From the consolidated version of the Treaty on the European Union, Article 2 states:

“The Union is founded on the values of respect for human dignity, freedom, democracy, equality, the rule of law and respect for human rights, including the rights of persons belonging to minorities. These values are common to the Member States in a society in which pluralism, non-discrimination, tolerance, justice, solidarity and equality between women and men prevail.”

The formal need to guarantee peace is the strongest argument in favour of the European unity. During last century, two world wars divided Europe, turning countries against the others – nations that today are peacefully part of the European Union.

Politically endorsing Europe means, with every limit and stretches of this peculiar context, endorsing peace. With the institution of the EU a new set of common rules has been created: an ecosystem of shared values and norms binding member States and preventing them from making war against one another. 70 years of peace in Europe confirm one more time this crucial aspect of the integration process. This policy gathers even more strength when other member States decide to join the European Union, thus amplifying both power and dimensions of this atypical international organism – a true “unicum” in our political history.

European history has been characterized by constant efforts aimed at fostering protection of human rights. Since the Declaration of Human Rights and the Citizen dating back to the eighteenth-century, rights and fundamental freedoms became part of Constitutions for a huge number of “civil” nations – and the EU members States in particular. Legal systems of these countries are deeply rooted on the respect of human rights, human dignity, freedom and empowerment of human beings. There exist, of course, a huge number of international agreements on this subject, among which the most important is the European Convention for the Protection of Human Rights and Fundamental Freedoms.

Anyway, the European legal system provided member States with common norms on the protection of fundamental rights only thanks to a settled case-law of the European Court of Justice and whose origins date back to a relatively recent time, and precisely to 1969. Actually, in a first moment, the Court of Justice used to reject every appeal concerning fundamental rights, explaining that everything that was related to national constitutional issues, definitely was not of its competence. The Court had obviously to change its mind, in particular because of the fundamental principle, stated by the same Court, referring to the legal primacy of the European law over the national norms – only if it is the case that the European law is actually able to guarantee at least the same degree of protection to fundamental rights delivered by national constitutions.

The Stauder case was the starting point, when the European Court declared in that occasion that, in conclusion, protection of human rights stood among the core principle of the EU law and that the Court itself was in charge of ensuring that those norms are respected. Thus, the EU Court recognized for the first time the existence of an autonomous legal system at the EU level.

First, the Court founded the protection of the single fundamental rights starting from specific dispositions contained in some international treaties. The Court kept this direction for every “non discrimination” obligation, which are expression of the diverse aspects of the general principle of equality.

If article 2 of the Treaty of the European Union highlights the main values informing the EU action, article 3 deals with the scopes of the Union. In particular, the fifth paragraph states:

“5. In its relations with the wider world, the Union shall uphold and promote its values and interests and contribute to the protection of its citizens. It shall contribute to peace, security, the sustainable development of the Earth, solidarity and mutual respect among peoples, free and fair trade, eradication of poverty and the protection of human rights, in particular the rights of the child, as well as to the strict observance and the development of international law, including respect for the principles of the United Nations Charter.”

This wording necessarily shapes both action and projection of the European Union abroad. Within the framework of aid, development and human rights policies towards non-EU country, the EU Commission developed a range of diverse activities that can be summoned in two main dimensions: first, tools monitoring breaches of human rights, aimed at strengthening the effective implementation and follow-up of recommendations by torture monitoring bodies in the European Union; second, the signing of international agreements, working together with international partners, and joining global human rights commitments such the case of the European Convention on Human Rights and the UN Universal Declaration of Human Rights.

The European Union is committed to supporting democracy and human rights in its external relations, in accordance with its founding principles of liberty, democracy and respect for human rights, fundamental freedoms and the rule of law. Thus, the EU seeks to mainstream human rights concerns into all its policies and programmes and has different human rights policy instruments for specific actions — including financing specific projects through its financing instruments.

As for the legal basis of the EU human rights concerns mainstreamed in its broader foreign policy, in addition to articles 2 and 3 TEU, there are some others whose role is to determine a structured, consistent and human-rights oriented common foreign policy.

Further, article 21 of the TEU speaks about the principles inspiring the Union’s external action. These principles are democracy, the rule of law, the universality and indivisibility of human rights and fundamental freedoms, respect for human dignity, equality and solidarity, and respect for the principles of the United Nations Charter of 1945 and international law. In Article 21, the EU endorses the principle of the “indivisibility of human rights and fundamental freedoms”, committing itself to considering economic and social rights to be as important as civil and political rights.

Finally, article 205 of the Treaty on the Functioning of the European Union (TFEU) provides general provisions on the Union’s external action. This article simply determines that the EU’s international actions are to be guided by the principles laid down in article 21 of the TEU.

Since few weeks, EU human rights policy got back to the news because of the alleged corporal mortification practiced by Egyptian authorities at the expenses of Patrick Zaki, an Egyptian researcher in Gender Studies at the University of Bologna.

The President of the European Parliament, David Sassoli, while in Strasbourg, targeted recently Egyptian authorities stating that the EU would not tolerate another cold-case, given the horrible Regeni-precedent still being unsolved. Thus, Mr. Sassoli threatened to alt diplomatic and economic relations between the EU and Egypt, employing the legal basis.

Relations between the two political actors seem to be returned to a moment of tensions: Ali Abdel Aal, President of the Egyptian lower chamber, defined in facts Sassoli’s declaration as an unacceptable interference in domestic Egyptian affairs.