Home / Energy / The Italian National Energy Strategy (SEN): What Next? 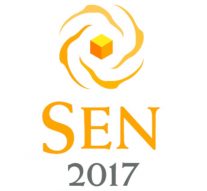 No Comments on The Italian National Energy Strategy (SEN): What Next? 1014

The Italian National Energy Strategy (SEN) is the ten–year plan that the Italian government drew up to anticipate and manage the change of the national energy system: a document that looks beyond 2030, and that lays the foundation for the construction of an advanced and innovative energy model. The document resulted from a participative process that involved the Italian Parliament, the regions, and over 250 stakeholders, including associations, companies, public entities, citizens, and representatives of academia. The numerous contributions given to the process testify the priority that the public opinion assigns to energy and environmental issues. The objective of the Strategy is to make the national energy system more competitive, more sustainable, and more secure. How?

More competitive means: aligning Italian energy prices with the European ones, for the good of both companies and consumers; opening up new markets to innovative companies; creating new employment opportunities; and fostering research and development.

More sustainable means: contributing to the decarbonisation, in line with the long–term targets of the Paris Agreement on Climate Change; improving energy efficiency and encouraging energy conservation to mitigate environmental and climate impacts; promoting environmentally conscious lifestyles, from a sustainable mobility to a wise energy usage; and confirming Italy’s environmental leadership role.

So, the Strategy has ambitious and complex targets. In order to achieve all of them more efficient public policies are needed. However, its success also depends on day–to–day actions: guiding citizens towards responsible energy usage patterns will be imperative.

The Strategy is a gamble on the future of the energy system. We don’t lack the energy to make this gamble pay off. Italy’s National Energy Strategy 2017 lays down the actions that must be achieved by 2030, in accordance with the long–term scenario drawn up in the EU Energy Roadmap 2050, which provides for a reduction of emissions by at least 80% from their 1990 levels.

Here are the targets to be achieved by 2030, in line with the plan of the European Energy Union:

As Carlo Calenda (Minister of economic development) said, Italy’s new National Energy Strategy could lead to a faster phase–out of coal from the power generation mix. It is possible that all coal plants will close by 2025–30 at an estimated cost of around €3bn compared with the base scenario. Italy had around 8.7GW coal–fired capacity at the end of 2015 – the last year for which full data are available – according to the grid operator Terna. As illustrated by the coal industry association Assocarboni, the coal–fired output accounts for around 13% of Italy’s generation mix. But coal–fired power remains an important source of supply. Measures such as the EU emissions trading scheme are also not enough to encourage fuel–switching from coal to gas.

But the phase–out of coal and the increase of renewable energy, which is part of the strategy, cannot be supported without more investment in the grid. The implementation of a national capacity market scheme has been approved from the European Commission, and it remains a fundamental requirement for Italy to be able to give price signals in the medium and long term.

The government strategy also focuses on electric mobility and energy efficiency. Italy should push the electrification of transport and support investment in building renovation. A fund for energy efficiency will be introduced on the basis of the German model. Italy will try to open its dispatch services to demand–side technologies and renewables generation, as it continues to modernise the power market.

Energy regulator ARERA authorised the launch of pilot projects in order to evaluate the participation of new operators in the ancillary services market (MSD). The domestic grid operator Terna will be able to test the effects of demand–side technologies, intermittent renewables and storage systems that are excluded from the MSD at present.

Higher renewables output has reduced the amount of conventional generation capacity available, forcing Terna to use the MSD to balance the market and prompting it to accept higher prices from the country’s remaining thermal plants. Terna has launched a public consultation over a demand–oriented project. The company was already working to allow the participation of demand–side technologies in the MSD to help cut the costs.

The Italian Movimento 5 Stelle proposed to introduce a carbon tax to force the coal out from the power generation mix. The end of coal is one of the first priorities of a potential M5S government, as M5S’senator Gianni Girotto said at a conference on Italy’s National Energy Strategy (SEN) in Milan. Coal currently provides 13% of Italy’s power generation, but it still represents around 50% of the CO2 emissions. For this reason, it could be useful to introduce a mechanism such as a carbon tax to replace it with lower–carbon technology.

M5S presented its energy policy programme for the first time last year, focusing on renewables and energy efficiency, on a ban on the use of coal in 2020 and on the full displacement of fossil fuel sources with renewables by 2050. It also wants to see a reduction of 35% in energy consumption by 2050 and a growth in pumping systems for the storage of renewable generation to allow for continuous deployment.

But deadlines will also depend on the rate of technological improvement over the coming decades.

The M5S was the first party in the Italian elections held on March 4th, but it didn’t reach enough votes to govern. It would need to join a coalition in order to form a new government. It is therefore very unlikely for the M5S to be able to affect the SEN. The very next future will test our expectations.