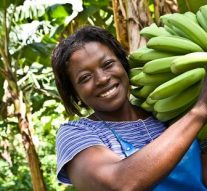 No Comments on Mind Your Business: The EU, Human Rights and Ethical Supply Chains 52

Last June, 5 years passed since the adoption of the UN Human Rights Council of the Guiding Principles on Business and Human Rights.What is the interplay between EU, Human Rights and Ethical Supply Chains?

June 2016 marked the fifth anniversary of the unanimous adoption of the United Nations Human Rights Council of the Guiding Principles on Business and Human Rights.

Further, the EU recognised that corporate respect for human rights and its embedding in corporate operations is integral, and supply chains are, as such, indispensable to sustainable development.

The need for further action to ensure employees security

Increasing accusations of company compliance in the gross violation of human rights emphasises the need for further action regarding compliance with existing multi-stakeholder initiatives aimed at assisting companies in their responsibility to uphold human rights.

Multi-stakeholder initiatives such as the Voluntary Principles on Security and Human Rights promote the implementation of a set of principles that guide mining, oil and gas companies on the provision of operational security in a matter that respects human rights.

As the mining, oil and gas industries continue to expand; the likelihood of companies acquiring assets in conflict-affected areas is heightened.

The role of national security forces plays an integral part in companies’ ability to ensure employees security, minimise illegal mining, while maintaining growth. In addition, it is these partnerships that expand the potential for corporate liability: blurring the lines between compliance and responsibility within a web of legal complexities.

The definition of conflict-affected and high-risk areas

The concept of conflict-affected and high-risk areas has long evolved from an area in a state of armed conflict. The UN Global Compact defines these areas as experiencing conditions that extend beyond high levels of armed violence, but where there is the presence of:

The liability of corporations for breaching international criminal law

As yet, no corporation has been held accountable of complicity of gross human rights abuses. While this has been attributed tribunals’ lack of jurisdiction over corporations, the ability to implicate individual directors and managers dates back to the Nuremburg trials.

In more recent times, the number of civil actions, particularly outside the United States for corporate breaches of human rights, is substantial. Even in areas with no armed conflict, under IHL mining companies can find themselves liable for breaches of international criminal law.

While they have not been generally seen as perpetrators of gross human rights violations, they can be deemed to be complicit in such violations. Very simply, complicity occurs when a person knowingly helps another to commit a crime.

Nevertheless, many national jurisdictions, including Canada, Australia, South Africa and the United Kingdom – all home to large mining companies – prohibit aiding and abetting and allow for the criminal prosecution of corporations.

In more recent times, the issue of mining violence and corporate social responsibility (CSR) has become increasingly significant bringing into question the role of existing international codes and standards, and their relevance in an age where the role of natural resources is more crucial than ever.

The process of acknowledging and integrating human rights into a policy of corporate social responsibility remains an essential element of risk minimisation and enhancing opportunities for growth.

As such, the European Council continues to recognise the importance of building capacity both within EU Delegations and Member States’ embassies to ensure effective work in the area of business and human rights, including supporting human rights defenders working on corporate accountability and providing guidance to companies on the Guiding Principles.

In addition, the Council has invited the High Representative and the Commission to further develop the necessary tools for EU Delegations to help meet these needs, including increased support and best practices of Member States.