Home / Economy / What are the legal basis and functions of Malta Development Bank? 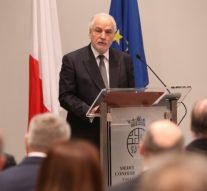 No Comments on What are the legal basis and functions of Malta Development Bank? 409

After a long negotiation, the Commission has approved the establishment of a development bank in Malta. What are the legal basis and functions of Malta Development Bank?

Following months of negotiations, the College of Commissioners of the European Union has approved the setting up of Malta’s Development Bank (MDB) and found it to be in line with EU state aid rules.

The bank will carry out non-commercial activities to facilitate access to finance for small and medium sized companies (SMEs) and to support infrastructure investment, without unduly distorting competition.

Investment Plan for Europe: the legal ground for the MDB creation

The legal grounds for the creation of the MDB is the Investment Plan for Europe, launched on 24 November 2014, a coordinated and comprehensive effort to mobilise at least EUR 315 billion in additional public and private investment into the real economy on a period of over 3 years.

While implementation of this plan relied mainly on the Commission and European Investment Bank working together as strategic partners, an effective involvement of National Promotional Banks (NPBs) was necessary to enhance its impact on investment, growth and employment due to their particular expertise and their knowledge of the local context, business and investor communities as well as national policies and strategies.

Member States that did not had an NPB were encouraged to setting up one. The NPBs represent legal entities carrying out financial activities on a professional basis which are given a mandate by a Member State or a Member State’s entity at central, regional or local level, to carry out development or promotional activities, as set out in Article 2(3) of the EFSI Regulation no. 2015/1017.

As the definition comprised NPBs in very different forms, it remained to individual Member States to decide whether an NPB should be established, as well as on its shape and form.

Following this rule, in July 2016, Malta notified to the Commission its plans to support the creation of the Malta Development Bank (MDB) with a capital injection of €200 million and guarantees and tax exemptions worth around €55 million.

What will be the purpose and functions of the MDB?

The purpose of the Malta Development Bank will be to act as a second-tier financial institution, primarily operating when the private commercial banks fail to make appropriate financing available or not offering it at normal market terms. Its main aim will be to promote socio-economic development through non-commercial activities to finance different sectors, from SMEs to large infrastructural projects, without warping market competitiveness.

The bank, which will be 100% government-owned, will have an authorised capital of €200 million, allowing it to eventually leverage this to around €1 billion in loans. However, the initial paid-up capital is expected to be around €30 million, with further capital pay-ups depending on the growth of the Bank’s business. It will have a guarantee from the Maltese Government on both the assets and liabilities side, the extent of which will be negotiated between the Bank and the Ministry of Finance.

Although it is considered a non-profit institution, the bank’s statute requires it to only finance commercially viable projects. It will operate initially through guarantee schemes provided to the main commercial banks. The MDB will provide funding to small and medium sized companies that face difficulties in financing themselves from the market.

The MDB can also support infrastructure projects when financing is insufficiently or not at all available in the market. It can also participate in EU financial instruments, such as COSME (EU program for SMEs), Horizon 2020 or the European Fund for Strategic Investments (EFSI), which aims to support strategic investments in key areas throughout the EU.

The Commission assessed these measures under EU state aid rules, which allow Member States to support the development of certain economic activities. The Commission found in particular that the MDB will provide financing to SMEs and infrastructure projects only where such financing is not available in the market. This will avoid private investment being crowded out by the state-supported development bank. On this basis, the Commission has concluded that the MDB’s scope of activity will not distort competition in the Single Market.

Given that the market for SME and infrastructure project financing and in particular the scope and nature of the market failures may evolve, the Commission will reassess its findings in 2019. This review will be based on a report by Malta on MDB’s operations under the approved scope.

The non-confidential version of the decision to set up Malta Development Bank will be made available under the case number SA.39793 in the State Aid Register on the DG Competition website once any confidentiality issues have been resolved.