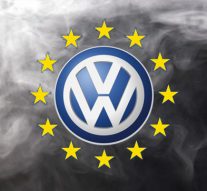 On Tuesday 30 August, Günter Verheugen, former commissioner for enterprise and industry, was heard by the inquiry committee on Emission Measurements in the Automotive Sector regarding Dieselgate.

On Tuesday 30 August, the investigation into the Volkswagen emissions testing scandal was furthered by the European Parliament.

The inquiry committee on Emission Measurements in the Automotive Sector (EMIS) heard Günter Verheugen, who was Commissioner for enterprise and industry from 2004 to 2010.

Verheugen answered to questions from MEPs on how the current car emissions legislation was drafted during his office, as he was in office from 2004 to 2010, while the Volkswagen case lasted from 2009 to 2015.

The committee has also produced an interim report on the work done so far as well as on what it intends to do in the second part of its one-year turn.

The emissions fixing scandal – the so-called Dieselgate – erupted in the US in September 2015. It is believed that millions of cars from several automakers have been involved.  As a result of those revelations, the European Parliament set up an inquiry committee on 2 March to investigate if there was an issue with emission measurements in the car industry.

For more information on the Dieselgate, read “The Dieselgate”  and  “Diesel cars can break pollution limits.”

“The Volkswagen case was the trigger, but we are not investigating Volkswagen. What we really are investigating is how this could have happened,” said Committee chair Kathleen Van Brempt during an interview arranged by the European parliament via Social Media on 14 July.

The first phase of the hearings was completed when the inquiry committee had the possibility to discuss with representatives from various non-governmental organisations, academic institutes and trade associations.

Among those questioned by the Committee members was Stavros Dimas, environment commissioner from 2004 to 2010, as well as representatives from various car manufacturers, including Mitsubishi, Renault and Volkswagen.

The Parliament and the Council are taking into consideration the possibility to update existing emission rules, as so to ensure tests better reflect real driving conditions. For this reason, Parliament is currently working on new legislation to improve the reliability of car testing.

What did Verheugen said about his activities as Commissioner?

Although Verheugen declined at first to appear before the committee on 14 July, he agreed to take part in the meeting on 30 August. He argued that, as Commissioner for industry, his main responsibility was to keep the EU car industry globally leading and competitive, with rules best suited for technological development, including pollutants’ limits. For the drafting of the directives on Euro 5 (on particles) and Euro 6 (NOx), he said he relied on experts.

However, he said, it was clear that type approval tests did not represent real driving conditions. Therefore a new test started to be developed in 2007 but no one suspected that manufacturers would cheat using so-called defeat devices. When pressed on the question if the rules are so vague that they allow for misinterpretation by MEPs, Verheugen insisted that defeat devices had already been banned at an earlier stage and that those provisions were copied into ensuing rules. Nevertheless MEPs replied by stressing that this was the case only for lorries.

At the time, Verheugen conceded, nobody took into account the possibility of sophisticated cheating at emissions tests. In hindsight, he added, the these rules might be perceived as lacking clarity, while saying that, until the end of his mandate in late 2009, no procedures against any member states for not applying the rules were started. As for imposing sanctions against manufacturers, this was only possible if national authorities reported on irregularities – which didn’t happen either.

The former commissioner was also questioned by MEPs on the lengthy procedure for developing new tests and on the Commission decision to focus mostly on the reduction of CO2 emissions, neglecting the harmful NOx. Mr Verheugen declined to speculate on why it took so long to complete, but he insisted that changes to the so-called type approval was on the right track at the time. Mr Verheugen concluded that together with his team he took decisions which were right at the time and said that the Commission focused on CO2-reduction because this was part of the EU global commitment in the fight against climate change.