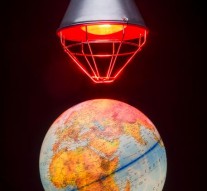 The new amendment aims to set a global reduction in the use of climate-warming hydrofluorocarbons (HFCs).

Significant progresses were made in Vienna towards agreeing an amendment to the Montreal Protocol this October. The amendment aims to set a global reduction in the use of climate-warming hydrofluorocarbons (HFCs).

The European Commission has welcomed the key elements of the amendment proposal resulted from the negotiations, which took place from 15-23 July and were attended by the 196 Parties of the Montreal Protocol.

Part of the family of fluorinated gases, HFCs are used in refrigeration and air-conditioning systems in replacement of some ozone depleting substances. Their emissions are rising strongly and, despite they do not damage the ozone layer, HFCs are potent greenhouse gases. Their global warming effect is up to 15 000 times greater than carbon dioxide (CO₂).

Following the successful efforts of the Montreal Protocol – the international agreement designed to reduce the production and consumption of gases damaging the Earth’s ozone layer – all Parties to Protocol met in Dubai in 2015 and agreed to work towards an HFC amendment in 2016. For this reason, the outcomes of the Vienna negotiations are decisive for the prospects of achieving this.

“Now is the time to act to ensure that we avoid the climate impacts of HFCs before they grow any larger,” read the joint communiqué summarising the outcome of the meeting, “The science is clear, as is the path we must take if we are to pursue one of the quickest and most significant near-term opportunities to reduce short-lived climate pollutants, and make a major contribution to achieving the goals of the Paris Agreement.”

What happened during the negotiations in Vienna?

On one hand, a proposal to phase-down their use of HFCs from 2021 was advanced by a coalition composed of nearly 120 developing countries. On the other, the EU and other major economies proposed to start freezing their use of HFCs two years early, in 2019.

In addition, donor countries approved a key mechanisms aimed at making financial assistance available to developing countries, as so to sustain them in their phase-down schedule.

Parties also overcame a major obstacle to negotiations when they agreed on the way to treat sectors in which there are no alternative refrigerants to HFCs.

“This is great news. Limiting the use of HFCs could prevent 0.5°C global warming by 2100, and is a concrete step towards implementing the Paris Agreement.” said Miguel Arias Cañete, EU Commissioner for Climate Action and Energy, who was in Vienna for the negotiations.

“I am also very happy that the European Union and other partners that participated in the High Ambition Coalition have played an instrumental role. Let’s not lose sight of our goal and seal the deal in Kigali this October. We cannot afford to lose this opportunity to make an important dent in global emissions,” added Commissioner Arias Cañete.

The Commissioner for Climate Action and Energy met with fellow ministers who helped lead the High Ambition Coalition in Paris, and the Climate and Clean Air Coalition to push for an ambitious amendment.

In the margins of the negotiations, the Commissioner took part in the High-Level Assembly held by the Climate and Clean Air Coalition (CCAC), whose aim is to secure an ambitious HFC amendment to the Montreal Protocol for the meeting of the parties in Kigali, Rwanda, in October.

The Commissioner also participated in a Ministerial Roundtable Discussion at the opening of the Third Extraordinary Meeting of the Parties to the Montreal Protocol. A meeting between him and with members of the High Ambition Coalition, the alliance of developed and developing countries that helped shape the successful outcome in Paris.

In the margins the Commissioner had a meeting with John Kerry, US Secretary of State, as well as Canada’s Minister of Environment and Climate Change, Catherine McKenna.