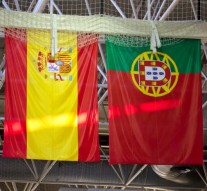 Although Spain and Portugal did not correct their government deficits on time and violated the EU rules, the European Commission decided on Wednesday to propose to the European Council not to impose fines to these countries. The proposal must now be approved by the Council by qualified majority.

After much debating, and carefully pondering political factors and economic considerations, a new accommodating path of consolidation was established for the two countries. The Commission does not believe that it is the best approach to have a punitive stance at the ongoing stage of the European economy.

Although Spain and Portugal did not achieve the budgetary objectives of 2015, “Many sacrifices were made during the crisis. Difficult steps were taken to rein in budget deficits,” explained Pierre Moscovici, Commissioner for Monetary Affairs, adding that the “assessment in no way undermines these facts”.

Read “EU country-specific recommendations: will Spain and Portugal fix their deficit on time?” for more information on this issue.

The European sanction system for a too high deficit

According to European rules, which have never been used so far, fines amounting to 0.2% of a member state GDP could be imposed to the two countries.

This would mean a fine of 2.1 billion Euros for Spain. In a particularly delicate political and economic context, the Commission has rather preferred not to impose penalties to the Council.

In addition to the fine, the European sanction system envisages that the Commission must suspend the payment of the structural funds to countries in default. This time, however, there are no mandatory terms. Brussels decided to take time and involve the European Parliament in the discussions, with the goal likely not to suspend the funds.

A prudent application of the EU rules

The EU Executive decided by consensus that the political moment should prompt a prudent application of the rules. Such a choice is not surprising, as many signals could be seen in this direction since last month.

On this occasion, Brussels asked Lisbon to reduce the deficit below the 3% of GDP by the end of 2016. Madrid, however, will have until 2018. For both countries, the Commission requested “effective measures” within the next 15 October.

The deadline for Spain is particularly difficult because the country does not yet have a Government after two elections.