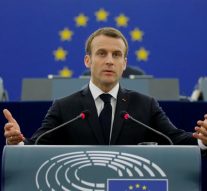 No Comments on No Real News 31

One year after his election as President, and six months after his major speech over the Future of Europe at La Sorbonne, Emmanuel Macron has finally addressed the European Parliament itself.

President Macron focused his speech on the state of democracy in the EU and on the need to fight against the authoritarian and populist shades that are tempting – to say the least – voters all over Europe. After the metaphor of Telemacus, launched by Matteo Renzi in 2014 in order to instill a new sense of ownership and pride among the European leaders, Macron talked about his generation, calling the risk of being simple sleep–walkers instead of the leading representatives for a new awakening of the European project. National egoisms will eat the EU alive, unless a new generation of leaders reacts, now.

What should the leaders do today to revamp the EU ambitions, according to Macron, it’s clear. He pushed again for a tax on big technology companies, and endorsed a European Commission proposal to tax their revenues rather than profits, calling it “a short–term tax that puts an end to the most shocking excesses.” Furthermore, he supported the idea of developing other own EU resources through energy policies, such as fees on carbon emissions. He didn’t add much more about the energy transition and ecological policies, leaving the greens and the socialists quite disappointed. Not enough to give up on flirting with the idea that En Marche might join the S&D group for the EU elections though – as the President of the S&D Group, Udo Bullman, slightly did during his intervention.

While supporting new own resources, Macron called for an overall budget reform and demanded, unequivocally, the elimination of all “rebates”, that, Macron said, “cannot survive Brexit.”

Yet the main takeaways of his appearance in front of the Parliament were others: which group will En Marche join for the upcoming EU elections? And what about the enlargement process?

The latter question was basically ignored by the media, but it is worth stressing what the French President stated during the very same days, when the High Representative Federica Mogherini was proudly presenting the advancement of the Western Balkan Strategy. Macron declared that before proceeding with any further enlargement of the EU, the Member States should deepen their integration and make it work better to be able to welcome new countries to the Union. Not an innovative position, but a relevant one. Now that the Enhanced cooperation is being finally used by the Member states, e.g. for PESCO, and therefore at times when the multi–speed Europe can become real, affirming that Europe should first deepen its integration and only then accept new countries may also mean a monolithic interpretation of the EU advancements.

As for the European scope of En Marche, the mystery stays veiled. Many MEPs addressed Macron with questions on this topic, but the French President decided to go for a blunt answer. It is his right to be free and not to link En Marche to existing political groups. It might be an answer – I’m going to build my own political group, and it would be coherent with En Marche history – or not. Possibly, the real answer is that he doesn’t know yet. The long wave of elections in a number of decisive EU countries that just ended doesn’t help him to understand whether it will be possible to save the En Marche innovative spirit while at the same time conquering a relevant number of seats in the EP. Time will tell which one of these two drivers will prevail and, probably, determine the future balance of the European Parliament.