Home / Energy / Nothing new under the sun 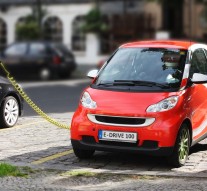 No Comments on Nothing new under the sun 39

Electric cars are not new. Actually, their origin dates back to 1836, long before the internal combustion engine, which led to commonly used cars, was invented. United Kingdom and France were the first European countries to produce electric cars since the late XIX century; then, the US followed, with electric cars being used on a large scale: in 1897, for example, the entire New York taxi fleet ran on electrical power.

Subsequently, due to the oil price reduction and the invention of electric starters, prices for petrol engines (thanks to Henry Ford) significantly decreased, thus leading to a massive spreading of internal combustions cars.

Despite the California administration’s approval of the Zero Emission Vehicle (ZEV) Mandate and similar policies in Japan in the 1990s, electric cars are coming back on the scene only in the last years, thanks to increasing oil price and environmental concerns. Nowadays, European policies are gradually favouring low CO2 emission transport technologies, but the demand is still relatively small.

Even though electric cars performance is radically improving, the prices cannot compete with traditional vehicles’ ones. However, technology is developing: it is expected that by 2025 green and cheap technology will allow anybody to produce and store power, thus enhancing the spread of batteries in private transportation sector.

To a certain extent, the automotive future has a backward look, by returning to its “electric” beginnings…