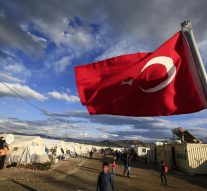 Questions on the EU-Turkey deal in the time of the failed Turkish Coup: How has the deal been implemented? Is the arrangement working? Could Turkey be considered a ‘safe third country’?

While Europe hosts only 6% of the global displaced population, Member States have often expressed great concern for the increasing number of migrants arriving in the EU and had never hidden their intention to reduce drastically the migration flow to Europe and target the people smugglers’ business mode.

The EU-Turkey deal, decided in March 2016 by the members of the European Council, is one of the measures adopted to achieve this objective. In practice, the deal provides for the obligation on the EU to resettle, for every Syrian readmitted from Greek islands to Turkey, another Syrian from Turkey to the Member States (1:1 scheme). In addition, it requires Turkey to increase the policing of its borders. In exchange, Turkey has been promised €6bn and favourable visa conditions for Turks travelling to Europe.

The deal has been criticised often from several perspectives. This decision had a number of consequences on the functioning of the reception system in Greece, which obviously plays a key role in the implementation of the deal. The agreement has also been questioned on its compatibility with International and European law. Prerequisite of its implementation is the assumption that Turkey is a ‘safe third country’ to which refugees can be sent back. According to the EU Asylum Procedures Directive, a ‘safe third country’ is one that can guarantee effective access to protection with respect to the principle of non-refoulement and it does not expose asylum seekers to cruel, inhumane or degrading treatment.

Is Turkey a ‘safe third country’?

First of all, it is important to note that Turkey has never fully ratified the Geneva Refugee Convention and its protocols, contrary to all EU Member States.

According to a recent report following a fact finding mission of the Council of Europe (CoE) in Turkey, Syrians are currently precluded from lodging applications for international protection. Syrians are subjected to a temporary protection regime, granted on the basis of the nationality, without individual assessment. This gives them access to basic services and right to stay, but no prospect of integration. Moreover, in many parts of the country the registration system for Syrian refugees does not work, which makes the situation of the numerous unregistered Syrians alarming, especially from the point of view of enjoyment of social rights. Other asylum seekers are allowed to apply for international protection, but data on applicants and beneficiaries are lacking, preventing from knowing how this protection is de facto implemented.

Camps are often tent camps, and are designed to be a short term solution and NGOs do not have access to all of them. The CoE acknowledges that there were very little facilities and specialised personnel for those asylum seekers with vulnerabilities. Many report child abuse and harassment of women, often from the camp’s staff. It also acknowledges that the vast majority of asylum seekers and refugees live outside the camps, without access to accommodation or alternative support. This has led to quick impoverishment of people and to many unaccompanied children living on the streets.

How has the EU-Turkey deal been implemented?

As at 22 June 2016, there had been 468 returns from Greece to Turkey. Among these were at least 13 individuals who had tried to seek asylum in Greece but had been returned to Turkey before their asylum requests had been registered, according to CoE. As at 22 June 2016, 733 refugees had been resettled from Turkey since 4 April to nine EU member States. Germany and Sweden have accepted the lion’s share of the resettled refugees.

Arrival numbers to Greece have fallen drastically since March 2016. A marginal increase in people landing on Greek islands has been noticed in August, similar to summer surges in 2014 and 2013, but indeed far from the unprecedented levels in 2015. The CoE reveals that there have been a number of reports that all official border crossing points between Turkey and Syria are now closed. According to these reports, since March those caught trying to cross the border are immediately pushed back to Syria (some report shooting and killing of those attempting to cross the border) or detained in Turkey and subsequently expelled  and only those with urgent medical needs have been allowed to cross.

In spite of that, the situation remains very critical in Greece, with many migrants, including children, recluded in overcrowded detention camps in squalid conditions or left on the streets as well as on the island’s beaches.

Has the arrangement stalled?

An independent authority  in charge of examining appeals claims in Greece ruled against sending a Syrian refugee back to Turkey, because “the temporary protection which could be offered by Turkey to the applicant, as a Syrian citizen, does not offer him rights equivalent to those required by the Geneva convention.” This decision is feared to create a bombshell for thousands of other similar cases. The decision has been enthusiastically welcome by a number of organisations that have criticised the deal since the beginning, and that complain, among others, that the destiny of those deported to Greece so far is in many cases unknown.

In addition to this, the failed coup of July has lead to the withdrawal of Turkish liaison officers from Greek islands, according to Vincent Cochtel, Director of the European office of UNHCR. Authorities in the EU are trying to re-establish contact with their counterparts in Turkey, but this has proven to be very challenging so far, especially because of many key officials being removed from their positions.