Home / Economy / To the bitter end? 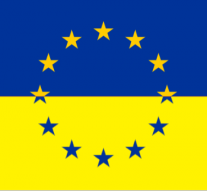 No Comments on To the bitter end? 225

The war in Ukraine is already in its fifth month, and there is no end in sight. There are multiple possibilities that will befall the European Union, given the numerous hurdles and risks that stand in its path, as well as the fact that Russia’s supply of gas and other energy sources will be unpredictable. Is Europe on the verge of collapse, or will the end of the Ukraine conflict result in European nations triumphing? Will the EU experience the bitter end?

There are multiple parties, variables, and circumstances that impact the outcome of the conflict, as there are in any conflict, including the conflict in Ukraine. Given that the European Union lacks the status of a global actor, i.e., it has yet to establish itself as a major role in the globe, the fate of the crisis in Ukraine will not be substantially determined by its actions. What happens next, however, will undoubtedly have an impact on the European Union’s economy, security, and stability, as well as the economies of its member nations. The four scenarios are determined by the extent to which military conflict will shape member state unity as well as the European Union’s functioning.

Security at home – the first scenario anticipates that the conflict will be over by the end of the summer of 2022 at the latest. According to this scenario, regardless of the conflict’s conclusion (split Ukraine or a united Ukraine), the European Union’s and Ukraine’s security will be secured and preserved. On any similar danger to security or the risk of armed conflict, the European Union will continue to function as before, with a greater collaboration with the Eastern Partnership nations as well as a stronger coalition of existing member states.

Europe as a mediator – is the second scenario. In this situation, the European Union will establish itself as an important player in settling the issue and may serve as a mediator between the two parties, and the Russian Federation will accept the EU’s proposed role in principle. The eastern areas of Ukraine would stay in a state of frozen conflict in this scenario, and the European Union’s transformative and soft power would be strengthened at the international level. Given Russia’s self-perception as a world powerhouse, such a scenario is unlikely to be fully realized in practice, but some of its components can be investigated.

The political disintegration of the CSDP and CFSP – is the third probable scenario for the European Union. This is a potentially perilous position not only for the European Union’s overall functioning, but also for the continent’s security. Given the discordant tones emanating from various Member States, as well as the divergences in foreign policy perspectives that deepen with each crisis, such a scenario is not out of the realm of possibility.

The last and most disastrous option for the European Union is the bitter end. According to this scenario, the conflict in Ukraine will not only continue indefinitely, but will also spread to neighboring nations, particularly Lithuania, Latvia, and Estonia in the Baltic. Last Monday, one of Russia’s Duma MPs said that the chamber had passed a resolution withdrawing recognition of those countries, as well as Ukraine, from 1991 and 1992. This might give the Russian Federation justification to carry out armed aggression against those countries, some of which are also members of the European Union, putting the European continent’s security at risk indefinitely.

It’s difficult to make any forecasts in the immensely complicated world of international relations, especially when it comes to events like military wars, which seldom follow a predictable path. Currently, the European Union should be prepared for all possible situations, i.e., dedicating its resources toward finding a suitable answer for each of the possibilities. This is critical not only for the organization’s survival, but also for the protection of its members. Unfortunately, the existing state of affairs on the ground indicates that the European Union may come to a bitter end, given the significant divergence of different member states when it comes to harmonizing the CSDP/CFSP.