Home / Migration / Will Trump keep his threats to migrants in the U.S.? 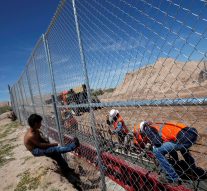 No Comments on Will Trump keep his threats to migrants in the U.S.? 25

During the Presidential campaign, Donald Trump often expressed harsh comments on migrants, especially those from South America and migrants believing in Islam.  His points on immigration could be summarized as following:

While Trump was using these arguments to appeal those Americans who have been against welcoming migrants, Barack Obama announced at the end of the UN Summit on migration, which took place in New York at the end of September, that US will double resettlement places for refugees, increase humanitarian aid for refugees, provide education to more refugee children, and potentially improve access to legal work for another million adults.

The pledge responded to the need the address the current situation, when over 65 million people are now away from home after fleeing conflict, persecution and violence; the highest level since records began. In 2015 the US pledged to resettle 10.000 Syrian refugees and 85,000 refugees from all over the world. The goal related to Syrians was actually met, but it is important to take into account that the US and other 5 wealthiest countries host less than nine percent of the world’s refugees combined.

The President-elect Trump has softened some of his positions since the election. He seems to have forgotten the idea of the wall, the deportation of illegal migrants and the Muslim ban. However, he is choosing for his administration men from extreme right. 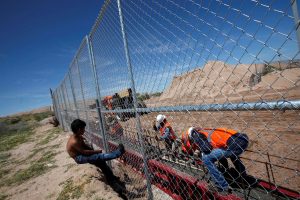