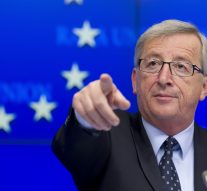 No Comments on The EU Foreign Policy: a Quick Recap after the Summer Break 40

The State of the Union, held on the 12th September by the President of the EU Commission Jean Claude Juncker, highlighted the major issues recently affecting and shaping the EU common foreign policy. In particular, President Juncker came up with a comprehensive to-do-list: from the institution of an EU authority to control borders, to the revision of the voting procedure inside the Council of the EU, aiming at making the EU foreign policy a stronger and more efficient instrument of intervention in the global arena.

As far as the voting procedure is concerned, the EU has moved gradually from unanimity to qualified majority voting many times in its history. First introduced by the Single European Act, today, qualified majority is the standard voting rule for EU decision-making. Necessarily, this collides with the EU’s Common Foreign and Security Policy, where voting by unanimity remains the rule – even if the Treaties provide for possibilities to evolve to more flexible and reliable forms of decision-making.

In the words of President Juncker: “If we want to be “weltpolitikfähig”, then we also need to simplify our decision-making processes. It is this compulsive need for unanimity that is keeping us from being able to act credibly on the global stage. The European Union could not reach a unified position on the problems in the South China Sea; we could not reach a unified position on human rights in the People’s Republic of China; we could not reach a unified position on Jerusalem. We need to simplify our decision- making processes so that the European Union can also reach positions by qualified majority voting. Contrary to a widely held belief, this would not entail amendments to the Treaty, as Article 31(3) of the Lisbon Treaty allows the European Council to decide unanimously the areas in which decisions may in future be taken by qualified majority”.

With the State of the Union, President Juncker intended to launch a new era for the EU in the international community. Thanks to a brand-new structure and a more reliable voting system, the EU must fulfil three major tasks.

First, the EU should get the floor as a coherent and strong actor defending human rights in international fora, such as the UN Human Rights Council. Political unity is crucial for maintaining and nourishing EU’s soft power and international credibility, within and outside multilateral organisations.

Second, the EU must review its sanctions regimes structure. The EU sanctions policy is one of the EU’s strongest foreign policy tools, as it leverages the Union’s significant economic power to promote its external objectives.

Third, the European Union must ensure stability in its neighbourhood, so the number and importance of civilian missions is likely to increase.

Inevitably, all these specific and strategic goals are deeply connected to the news and the initiatives launched (or announced) by some of the main actors of the international community: the US, Russia, and China.

The summer break melted the snow in the White House, bringing to light all the presidential policies’ flaws and imperfections. After two years, US citizens will meet again at the polls in November, in order to express their support (or punish) their President, and the White House is living in a particularly tense atmosphere. Mr Trump showed the US a simple and intelligible way to make “America great again”, putting aside all the political aspects, interests, and actors that were not directly involved in pursuing a “first place” in the race for the global leadership. This is what emerged from the “America first” motto. On top of that, “America first” immediately showed its dark side, turning presidential policies into actions aimed at isolating and protecting US citizens. This political stance has payed off. Somehow. From competition to migration, President Trump gained internal support from his electorate on a wide range of topics, even without resolving the most relevant issues affecting the life of millions, everyday, eg. regarding healthcare and poverty.

Trump’s iron fist towards his international allies and enemies brought him to the Olympus of Foreign Policy Leaders. President Trump soon became the Man who brought together the two Koreas to a negotiating table for peace, within the UN forum, bringing a stray lamb – the North Korean dictator Kim Jong Un – back into the fold. This became even clearer when, on 9 Sept., North Korea showed up in a magnificent march for the 70th anniversary of the Country’s foundation. In particular, on that day, no one could spot, not even Gerard Depardieu (the French actor, who was there, is a close friend of President Kim), a single intercontinental nuclear warheads… leaving instead room to wreaths and Korean flags.

As far as the Kremlin is concerned, President Putin launched on September the 11th the biggest military exercises since the Cold War era. The entire organisation, known as Vostok-2018, have been hosted in the central and eastern regions of the country: more than 300.000 soldiers are expected to join the main event. On top of that, China will join the party as well, deploying up to 3.200 soldiers and several tanks. The entire exercise will conclude on 17 Sept.

Some toys for the babies: during the week 36.000 tanks and armoured vehicles, more than 1000 jet and helicopters, and ships from both the Northern Fleet and the Pacific Fleet will be tested.

In the meantime, President Putin will attend the manoeuvres, after taking part in the Eastern Economic Forum in Vladivostok, where the Chinese President Xi Jinping is also expected.

Quoted by AFP, Russian military expert Pavel Felgenhauer said: “It is about preparing for a future world war, the Russian General Staff thinks it will take place after 2020 and will be either a global war or a series of regional conflicts, an the enemy is the United States and its allies”. In this framework, the participation of China in the manoeuvres sheds light on the even closer military relations between the two titans.

As far as the North Atlantic Treaty is concerned, NATO seems to fundamentally share Felgenhauer’s opinion: “This is in line with the trend we have seen for some time: a more assertive Russia that increases its budget for defence and military presence” NATO spokesperson Dylan White sait to AFP.

The shadow of an aggressive Russia darkens the expectations of a calmer and peaceful European Union which will face a long period of important electoral campaigns in several Member States. Sweden was the last test bench where to analyse whether the Western electoral systems are permeable to the Russian pressures aiming at jeopardizing the party-systems across the Western world. Even in the Swedish case, a huge amount of warnings have been raised by authorities regarding several pages and forums on the internet – linked to Moscow –, whose objective was to endorse the far-right Swedish party “Democratic Sweden”, even recurring to fake-news.

The first heads have begun to fall in the US, in the framework of the so-called Russiagate. Mr Papadopoulos, a former President Trump’s Advisor during the electoral campaign, has been sentenced to 14 days of prison for having lied to the FBI about the ongoing investigations. Mr Papadopoulos must pay a 9.500 dollars sanctions and work as a civil servant, having lied on several contacts he had, during the electoral race in 2016, with people linked to the Kremlin.

From the other side of the globe, the Imperial Dragon is wakening, and the New Silk Road Project seems to get the first important results. Nowadays, China is the first commercial partner of the entire African continent. Just few years ago, the EU was the best ally for Africa, with an impressive outcoming flux of resources and investments aimed at developing both the industrial sector and manufacturing.

Xi Jinping hosted for two days dozens of African Heads of State, a privilege that once was only destined to the French Presidents. The reason why all this people came by, is the 60 billion investment plan for Africa announced by President Xi Jinping. The same investor launched a similar investment plan three years ago, but it would be short-sighted to think that this might represent an example of “cheque book” diplomacy.

The post-Maoist China started to develop a deep interest in the African continent at the beginning of the 2000s, when its critically fast economic development needed even larger amounts of raw material. The first visits organised by Chinese Presidents were specifically tailored for specific goals: one visit to get the oil, one for the copper, and another one for uranium. Since then, Beijing developed an African strategy, structuring and giving strength to the Chinese power in a world that seems to be back at the colonial time – balance of power and areas of competence. While President Trump despises Africa, Xi starts new collaborations.

The entire African continent is involved in the broader Chinese project “New Silk Road”. It is interesting to know that Chinese workers built the railway that connects the Ethiopian capital Addis Ababa to the Djibouti’s port, replacing – and the message here is quite clear – the former railway built by France at the beginning of the XX century. Moreover, in Djibouti, a former French colony, the first Chinese military base ever built outside China was set – a good starting point to build an even stronger presence in the continent.