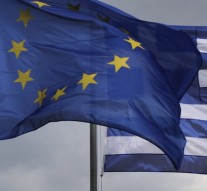 No Comments on Eurogroup reaches agreement on Greece 34

A staff-level agreement has been reached between Greece and the European institutions during the last Eurogroup meeting in Brussels. The agreement includes a package of reforms to be implemented by Greece, an additional contingency mechanism  and a set of short-, medium- and long-term measures to ensure the sustainability of Greece’s public debt.

On Tuesday, a staff-level agreement was reached during the Eurogroup meeting between Greece and the institutions, which paves the way for the conclusion of the first review of Greece’s macroeconomic adjustment programme.

“We achieved a major breakthrough on Greece which enables us to enter a new phase in the Greek financial assistance programme”, said Eurogroup President Jeroen Dijsselbloem

It means that the next tranche of financial assistance to Greece (€10.3bn) available under the programme will soon be unlocked by the European Stability Mechanism.

However, the agreement has still to be endorsed by all member states in the euro area  and the amount will be released in several instalments only once Greece has implemented all agreed prior actions.

The Eurogroup praised progress made by Greece in already implementing the majority of agreed prior actions.

The staff-level agreement between Greece and the institutions

The staff-level agreement between Greece and the institutions contains a package of reforms to be implemented by Greece.

The Eurogroup also welcomed the intention of the IMF management to recommend to the IMF Executive Board to approve a financial arrangement before the end of the year that will support the implementation of the agreed reforms.

The package also includes an additional contingency mechanism, which will set additional reform measures in motion in case of risk of missing the programme’s agreed primary surplus target of 3.5% of GDP.

For more information on the recent developments, read “The Greek Economy in Deb(T)location.”

The Eurogroup also agreed on a set of short-, medium- and long-term measures to ensure the sustainability of Greece’s public debt.

If  the scenario after the closing of the programme will be more adverse than currently expected, the possibility to activate a contingency mechanism for further debt-related measures were agreed by the Eurogroup.

A great chance for Athens to turn the page

The Syriza-led government voiced satisfaction with the Eurogroup’s decision to release 10.3 billion euros over the next few months, which is in line with what Athens had been expecting.

“We were hoping for something between 9 and 11 billion,” said Greece’s Finance Minister Euclid Tsakalotos, “quite a bit of that is going to be for arrears… so that will mitigate in quite a large extent some of the recessionary impact of the measures we have taken.”

He also said after the meeting that the deal would be a great chance for Athens to turn the page.

“There is some ground for optimism that this can be the beginning of turning Greece’s vicious cycle of recession-measures-recession into one where investors have a clear runway to invest in Greece and turn the corner in favour of the virtuous cycle,” he was reported as saying by the Greek Newspaper Kathimerini.

Read “Can Greece Reforms Lead the Way Out of the Vicious Cycle?” for more information on the recent reforms implemented by Greece.