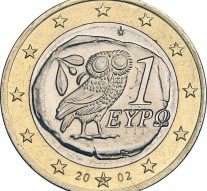 No Comments on The Greek Economy in Deb(T)location 430

On 9 May, the Greek Parliament has adopted a new legislation set of laws to raise taxation and cut pensions in public sector, ahead of an emergency meeting between Eurozone finance ministers in Brussels to discuss Greek economy and its capacity to repay  its debts to the European Central Bank (ECB). What is the Greek trouble about?

Since 2013, the Greek Government has been trying to release ties with the IMF and other creditors, due to the constraints of their budgetary issues. As of 2013, dozens of protests occurred in Greece’s major cities, including Athens, Thessaloniki and Patras.

Workers from almost all branches have taken to the streets to fight for their rights and salaries. The size of protests varied in scale from spontaneous gatherings without bigger media coverage to the massive crowded protests, all the biggest reported by world media.

What Is the Greek Trouble About?

Even though key stakeholders in this scenario are the IMF, the World Bank, the European Commission and, of course, the Greek Government, it is most likely that more internal and external factors are involved in the process. Several other financial institutions along with the IMF form the so-called “creditors” group, those who insisted in adopting the new, more economically radical legislation.

From conspiracies that Greece entered its negative path – due to the fact that it was the host of Olympic Games in 2004, and Eurovision Song Contest in 2005 – to the real mathematical models explaining Greek spreading sprees, the reasons why Greece fell into the crisis remains unrevealed to the wider public yet. 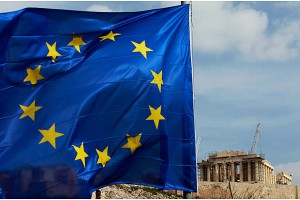 The Greek bailout story begins with the highest deficit in its national budget caused by the extensive public expenditures and slowing down the overall national economy. The small “grants” and financial injections provided by both EU and Eurozone were not enough to fill in the budget gaps. Somehow, the biggest Greek challenge was the World economic crisis which culminated in 2008-2009, when its economy significantly slowed down and entered the negative trends (-1.6% in 2009).

As the economy did not recovered and its needs became higher, it was clear that the system was not about to remain financially sustainable. In 2010, the World Bank estimated that Greece would “no longer be able to maintain the self-stability of its economic system.” Until 2015, Greece has received money in 5 tranches (progressively per annum), and somehow kept its stability.

But the social and living conditions became harder and harder for most of Greeks, so the crisis escalated in 2016 and clashes with the police took place.

On 9 May, the Greek Parliament has adopted a new legislation set of laws to raise taxation and cut pensions in public sector, which triggered violent protests. And once again, it seemed that the Greek question was all over again, hitting world’s headlines  and becoming the most debated  international issue. 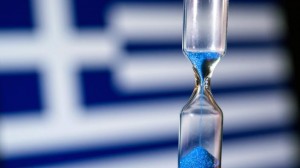 The ministers from the 19 countries that adopted Euro – the Eurogroup – are also expected to discuss the debt relief for Greece, since the IMF has demanded it as a condition for a new agreement. Greece’s Prime Minister, Alexis Tsipras said reform is needed to prevent the pension system collapsing in a few years and defended the changes proposed in Parliament earlier on Sunday.

Though it seemed that all international (f)actors were consistent in their demands for the adaptation of a new legislation, many analysts claimed that there is a visible split in the opinions between European Commission and IMF. The tax increase on public spending should be higher, IMF requested, together with reforms of the pension system, meaning that the average Greek pension will fall down to 5-10% of the current sum.

On the other hand, the European Commission have insisted on Greece to keep the economic ratio in accordance with the projected dynamics of the European Semester.

Some justifications however could be found. A day after the reform laws entered into force, Greek bank stocks Alpha Bank (ALBKY), Piraeus Bank (BPIRF), National Bank of Greece (NBGGY) and Eurobank Ergasias (EGFEY) rallied on the good news. Greek banks got the thumbs up from investor Richard Deitz of VR Capital Group at the Sohn Investment Conference in the second week of May.

As a part of a supranational politico-economical Union composed of 28 members, Greece cannot fashion its monetary and financial politics solely. As all other Member States of the Union, Greek politics must correlate with common EU economic and financial rules.

Despite the fact that this was a fight for saving Greece within the EU framework, some analysts claimed that if the struggle for Greece failed, it would mean that the country would become a so-called failed state in economic sense.