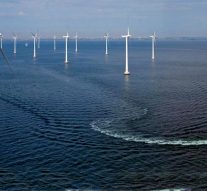 No Comments on The forthcoming green energy policies in Portugal 165

In the 15th century Prince Henry the Navigator of Portugal, seemingly turned his back on royal life and moved to his castle in Sagres on the ocean to dedicate his time to his life’s ambition: to develop new navigation techniques and to make Portugal a global naval power.

Today the country is looking to the future once more. In fact, it is proving to be one of the most ambitious in terms of developing renewable sources and decarbonizing its electricity generation mix. This small country has huge resources for the potential production of clean energy, in particular wind power and photovoltaic (PV), not forgetting the country’s significant hydroelectric production and geothermal resources. Portugal’s latitude means that it is blessed with an abundance of solar energy, while its position on the Atlantic coast exposes it also to strong winds. Moreover, the future holds significant potential for marine energy, in particular the power of its waves, for which Portugal is famous the world over.

Nowadays, the domestic primary energy production in Portugal is almost only based on Renewable Energy Sources (RES), such as hydro, solar, wind, ocean, geothermal and biomass energy. This production leads to a decrease in the need to import fossil fuels and, consequently, to reduce Portugal’s energy dependence on other foreign markets, as well as decreasing the emission of greenhouse gases.

The year of 2018 was an example of growth in electricity production based on renewable energy sources with an increase of almost 10% compared to 2017, having reached a percentage of production of 56%, especially as a result of hydro, solar and wind energy.

Concerning the capacity installed by renewable energies, this sector will be subject to strong developments until 2030.

Since 2005, there has been a gradual increase in installed capacity, with an average annual growth rate of 7 percent. While in 2014 there was a distribution of installed capacity of 11,677 MW, in 2018 this figure rose to 14,059 MW, with the target of 28,300 MW expected to be reached in 2030. In the development of this sector, the largest contribution is expected to be made by wind power, soon to be followed by solar and hydro power.

Regarding the evolution of electricity production by source in mainland Portugal, renewable energies contributed with 56.1% of the total electricity production in the year 2019. In addition, it should be mentioned that in November the renewable incorporation was 67 percent of the total in mainland Portugal and this figure still increased in the month of December, where it achieved 77.2 %.

The renewable electricity sector has a strong potential for attracting investment, as almost EUR 650 million has already been invested in the solar and wind industry alone.

Furthermore, there is a lot of potential for the Energy sector to become a new Portuguese economic HUB, like the previous examples of the tourism and Start-Up sector. This is easily explainable, since the Portuguese renewable electricity industry exported energy in the amount of 353 million Euros in 2018, equivalent to an export of 5.7 TWh, in contrast to imports of only 3 TWh.

These numbers show how Portugal presents itself as an exporting country, with very positive economic indices and motivators for the future.

As stated by the Portuguese Energy Minister in 2019, “In the next 10 years the country aims to reach 80 percent in electricity production from renewable sources. More than realistic, these are necessary goals. I would say that we have no alternative. It is also the scenario that creates more wealth and more jobs in the country.”

In this regard, several government programmes are in place, with ambitious targets to be achieved. Since Portugal is one of the European countries with the highest solar exposure (Portugal has approximately three thousand hours of sunshine per year), the Government launched the Strategy XVIII in 2010, which aims to multiply, every 10 years, the target for investment in solar energy (from 150MW to 1500MW).

At the same time, as a Member State, Portugal has been following the objectives imposed by the European Union, namely the reaching of the target of 31% of renewable energy consumption by 2020 and 32 % overall by all Member States in 2030.

In this sense, Portugal has made ambitious commitments for the 2030 horizon, in line with the national compromise to achieve carbon neutrality by 2050. The National Energy and Climate Plan 2030, together with other sectoral policies and strategies, translates these commitments by setting a target of 47 %renewable energy and a 35 % reduction in primary energy consumption.

This plan aims to promote the decarbonisation of the economy and the energy transition towards achieving carbon neutrality in 2050, which requires the implementation of an emission reduction trajectory across all sectors of activity.

There have been some amendments to the Portuguese legal framework of the electricity sector, namely the important Decree-Law no. 76/2019.

This new regulation promotes a greater efficiency of the public administration and a reduction of the citizens’ charges, as well as a development of the renewable energy sector in Portugal with more transparency in what concerns the increase of business competition and its equal opportunities and treatment.

There is also a new mechanism for grid reservation, in order to clarify the grid connection with the Public Service Energy Network (RESP). The most important amendment for renewable energy is the requirement of granting of a prior network capacity title before the generator can apply for a production license to build a power plant.

In order to secure the network infrastructure, the interested parties need to develop their activity and to allow infrastructure construction or reinforcement without encumbrance of the final consumer. It should also be noted that this Decree-Law provides a system of prior registration and obtaining an operating certificate for producers of electricity from renewable energy sources, based on a single production technology, with an installed capacity of up to 1 MW, for the total sale of energy to the grid.

There are three types of injection capacity reserve allocation procedures in the RESP. In the first one, the applicant applies for the title and it is granted if there is network capacity. In the second there is an agreement between the applicant and the RESP operator where there is a lack of network capacity. In this case, the applicant and the network operator can agree that the applicant will finance the costs arising from the construction of the network. In the latter procedure, the government launches a tender procedure for the granting of network reserve titles for one or more areas of the network. In this last case, the title is issued by the network operator after a tendering procedure for the allocation of reserve network reception capacity (such as an electronic auction).

The allocation of injection capacity reserve in the RESP depends on a prior request for a RESP power reserve license. This request is decided by the RESP, within 45 days, after hearing the global manager of the SEN and upon payment of a price for the service provided. After that, the allocation of the RESP injection capacity reserve may depend on a prior bidding procedure, such as an electronic auction. During the process, opinions, authorizations, decisions or permits are obtained (Environmental Opinions, Impact Assessments, City Hall). After this phase, there must be an application for a production license, with the decision of the production license application within 30 days after consulting all necessary entities.

The latest auction launched by the Government in June 2019 was the largest energy licensing auction in Portugal. It was an international success and it achieved more than of the Portuguese solar energy capacity at the moment.

Furthermore, Portugal is the first best country in the world in the “International Trade” facility, being a member state of the European Union and belonging to the Euro Zone. In this way, Portugal enjoys free trade, no customs barriers, free movement of people and goods, among other major economic advantages. Adding to this the fact of belonging to the Community of Portuguese Speaking Countries, Portugal is a natural bridge for a market of more than 500 million people in Europe and more than 250 million consumers of Portuguese language. With a central worldwide location, Portugal offers a prime location for companies to access all relevant markets, such as the energy and renewable’s sector.