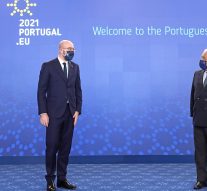 No Comments on Time to make things happen: green and digital recovery in the Portuguese Presidency 39

Together with the new year, the Portuguese Presidency of the European Council began, during the delicate stage of recovery from the pandemic crisis.

Portugal succeeds Germany, which led the Council in one of the most challenging semesters ever in which fundamental agreements were reached for the future of EU: Brexit, European budget, investment agreement with China.

A coincidence with a high political value is given by the simultaneous start of the Biden administration, which is expected to mark a return to cooperation between the US and the EU, after the years of Trumpism.

The Portuguese semester is expected to be quieter than the German one, but just as important for the implementation of EU policies. “Now is the time to make things happen” said Portugal PM Antonio Costa. The motto of his Presidency is “Time to deliver: a fair, green and digital recovery”.

Work and social inclusion topics will be addressed in a summit scheduled in Porto in May 2021.

These aspects will be taken into consideration during the distribution of European funds. Starting from 2021, the first tranches of the Community budget and the Next GenerationEU fund will be provided.

The digital agenda also promises to be challenging. Reducing the digital divide is the key to fight the disproportion of means and resources between the various parts of European society.

The key words of the Costa agenda include the fight against poverty and social exclusion, protection of the most vulnerable groups, gender equality and anti-discrimination.

But the chances of achieving these goals and returning to European normality still hang on Covid-19.