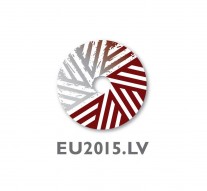 No Comments on New impetus to social dialogue 55

The Latvian Presidency organized on the 21-22 April in Riga an informal Council meeting on Employment, Social Policy, Health and Consumer Affairs (EPSCO) to discuss topical issues and new initiatives regarding employment, social affairs and health.

The meeting of the Ministers for Labour and Social Policy was focused on issues related to the strengthening of the role of social dialogue in the European economic governance and other policy processes. The Vice-president for Social Dialogue, Valdis Dombrovskis, and the Commissioner for Employment and Social Affairs, Marianne Thyssen, as well as European social partners (BusinessEurope, UEAPME, CEEP and ETUC), the acting chairwoman of the EP Committee on Employment and Social Affairs, Marita Ulvskog, and the Director-General of the International Labour Organisation (ILO) also took part in the meeting.

In the EPSCO Council Conclusions of March 2015 “Moving towards more inclusive labour markets”, Member States identified the need to better involve social partners and civil society in discussions on how to improve job quality and ensure sustainable labour market inclusion. The Member States and the European Commission were invited to work together with social partners, within their respective competences, towards delivering inclusive labour markets. On these premises, Ministers discussed the role of social dialogue to achieve an inclusive growth, fostering employment and attaining economic, social and territorial cohesion.

Although national systems governing social dialogue varies among the different European countries, support from the public authorities, autonomy of the negotiating parties and trust between the parties are all factors of particular importance for effective social dialogue. For instance, Vice-president Dombrovskis underlined the role played by social dialogue in deciding economic and social policy priorities and encouraged ministers to strengthen social dialogue and to find meaningful ways of involving their national social partners in decision-making. Moreover, Dombrovskis clarified that the European Commission, by publishing its country reports three months earlier than in previous years, has the precise objective to stimulate more dialogue with Member States and social partners in order to take into account their input when preparing the Country-Specific Recommendations.

Furthermore, European social partners have welcomed a recent practice, introduced under the Italian Presidency, whereby they were invited to participate directly in discussions at the informal meetings of the Employment and Social affairs Ministers.