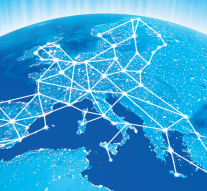 No Comments on Which Strategy for European Energy Security? 714

Energy has come to be a vital part of Europe’s economy and of modern lifestyles. We now expect secure energy supplies: uninterrupted availability of energy sources at affordable prices. We expect to find oil at the pumps, gas for heating and, in this computerised era, non–stop electricity, as the effects of blackouts have become too disruptive.

To meet such expectations, for several years, Europe’s energy (and climate) policies had a security of supply “pillar”. Policies have been introduced to create the electricity and gas markets, increase competition, diversify sources and supplies, cut consumption and emissions. All these policies also reduce the risk of loss of supply and, through increasing competition, can help keep prices under control. Recently, energy security has been re–conceptualised to include sustainability along with secure and affordable energy.

The EU imports 54% of all its energy consumption, at a cost of more than €1 billion per day. Energy also makes up more than 20% of total EU imports. Specifically, these include:

Security of energy supply is an integral part of the Energy Union strategy. Energy supplies are exposed to several risks, including disruption from supplier countries, but also extreme weather events, industrial hazards, terrorism and hybrid threats. By working together to prevent and to manage potential crises, the EU and its member countries can make the European energy system more resilient. Solidarity and regional cooperation, as well as speaking with one voice internationally when dealing with supplier countries, are the key to a successful Energy Union.

In recent years, the EU energy security came to the top of the EU agenda due to increasing concerns about Russia as an unreliable supplier. The EU relies heavily on Russia for its energy, importing a large share of fossil fuels, with some Members depending nearly 100 percent on Russian gas. The gas disruptions in Ukraine (2006 and 2009) – which affected some EU Members – and the more recent Crimean crises, contributed to the EU’s feeling of insecurity, leading to the development of a strategy to address energy supply crises.

Russia has been a main energy supplier (particularly gas) to the EU for a long time. While the EU relies on Russia for a large share of energy imports, Russia depends on EU as a market for up to 70 percent of its exports. There is a clear interdependence. However, in recent years, the EU increasingly saw its dependence on Russia as a vulnerability. The Energy Security strategy of May 2014 speaks about this fear: “Many countries are heavily reliant on a single supplier, including some that rely entirely on Russia for their natural gas. This dependence leaves them vulnerable to supply disruptions”.

So why doesn’t the EU trust Russia anymore? The answer has to do with the shifting perceptions of dependence in the EU-Russia relationship. A politicisation of energy took place on both sides, which helped redefine relations between the two. On the one hand, the enlargement of NATO and that of the EU in 2004 were seen as a threat by Russia. On the other hand, the nationalisation of the energy sector in Russia and the exclusion of Western companies from the Sakhalin 2 project paved the way for the EU’s feeling of insecurity. Moreover, as new Members with high import dependence on Russia accessed the EU in 2004, the average dependence of the Union went up by approximately 20 percent. At the same time, new divisions within the EU appeared due to different sensitivities and vulnerabilities among Members. This further contributed to the perception of energy as a security issue.

The 2020 and 2030 Energy policies were affected as well by the perception of dependence as vulnerability. The European Energy security strategy (2014), which acts as a guidance for these policies, emphasizes the need to become less dependent on Russian imports. Decarbonisation, along with the diversification of suppliers and the implementation of a fully integrated Single Market, helps decreasing imports of fossil fuels, while advancing the EU’s objective to ensure sustainable, secure and affordable energy for all its Members.

The 2011 Third Energy Package, created as a regulatory framework towards the completion of the EU internal energy market, led to significant progress in integrating EU energy markets through the price–coupling of regions, creating larger gas trading hubs in Western Europe, and creating new import and storage capacities (IEA, 2014). The International Energy Agency sums up the achievements of the package in three main points: “1) more harmonised cross-border trade and network rules; 2) greater independence of national regulators and transmission system operators and their co–operation through newly created European bodies – the Agency for the Cooperation of Energy Regulators (ACER) and the European Networks for Transmission System Operators – Gas and Electricity; and 3) the enforcement of competition in the energy sector, following the sector inquiry of 2006, supporting further market opening” (IEA, 2014).

The package has not overcome all the challenges of a fully integrated EU energy market, such as energy islands or congestion. However, new rules and investments have been put forward by the European Union in order to advance integration. On October 15th, 2015, the EU announced an agreement to create the first gas interconnector between Poland and Lithuania, aiming to end the isolation of the Baltic region by 2019. Also, the support for the “projects of common interest”, focusing on electricity storage projects, electricity and gas transmission lines, underground gas storage projects and LNG terminals, is a step forward towards security of supply.

Along with the completion of the internal energy market, the Energy Security Strategy (2011) stresses the diversification of suppliers and routes as a long–term measure for energy security. This is particularly important as Russia is looking to diversify its markets to ensure the security of demand, through new deals with China and India. In order to avoid the disruptions of energy supply, the EU has developed the Southern Gas Corridor project, aiming at developing new pipelines connecting suppliers from the Caspian Sea and possibly the Middle East. The Trans–Anatolian Pipeline (TANAP) is expected to transport 16 billion cubic meters of gas from Azerbaijan to Turkey and Europe.

The EU has also announced plans for tapping unexploited reserves in Algeria, as part of a “diplomatic energy action plan” to diversify supply sources. Part of the plan is also the development of a LNG strategy that will deal with imports of LNG from the US and Australia. While LNG is currently an expensive alternative, the European Commission is confident that “the gas market is going to change dramatically in the future […] and LNG prices are going to become competitive with pipeline gas” (Cañete, 2015). In order for LNG to become a realistic energy source, a truly interconnected gas market is necessary to ensure flow of cheap energy within the EU. The diversification strategy also includes the reinforcement of the annual EU–Norway Energy Dialogue. With Norway as a major energy supplier to the EU.

In recent years, energy security has been a political issue on the top of the EU agenda. While the success of the decarbonisation plan is more related to the economic recession than to the energy and climate policies, the EU was more successful in creating an integrated energy market and in diversifying suppliers, with the aim of energy security.